Ukraine: Anxiety for the population of Avdiyivka 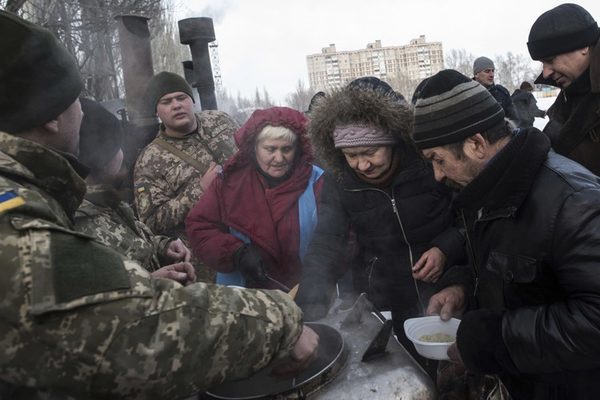 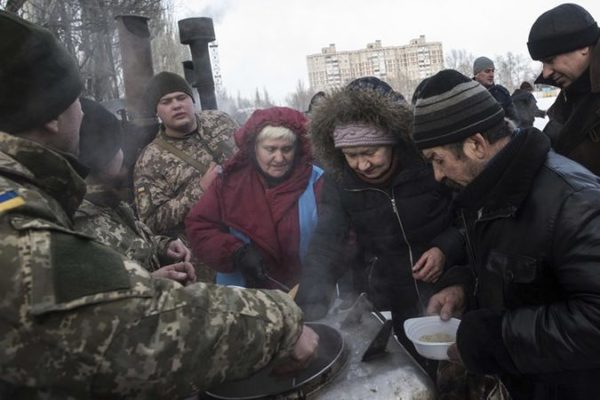 At least six people were killed Wednesday at the front line in eastern Ukraine on the fourth day of fighting between Ukrainian and pro-Prussian rebels, NATO calling on Moscow to use its influence with the latter to stop the shots.

These fights are the most violent since the truce in December, and intervene as the new US president, Donald Trump, advocates a rapprochement with Russia, accused by Kiev and the European Union of supporting the separatists despite his denials.

Moscow must use its “considerable influence with pro-rebels” to restore the truce, demanded NATO Secretary General Jens Stoltenberg on the fourth day of the fighting, which left 19 dead since Sunday.

While the exchanges of mortar and rocket fire continue on both sides, the Ukrainian army announced on Wednesday the death of three of its soldiers.

The population of Avdiïvka, a town about ten kilometers north of Donetsk, was also deprived of electricity and water cuts after the town’s power plant had been severely damaged by shelling. Live with sporadic heating while temperatures reach -8 °.

“It was a very difficult night, the children were awakened by the shots,” a retired 62-year-old Larissa Mikhailivna told AFP. “A shell fell in front of the window of our house, but thank God it did not explode,” she said, adding that she had decided to leave the city with her two granddaughters.

According to Pavlo Jebrivski, at the head of the pro-Kiev administration of the city of 20,000 inhabitants, 180 people registered on lists to be evacuated on Wednesday evening or Thursday while the Ukrainian army erected six large tents in the city. Enclosure of the municipal stadium, where generators could provide residents with heating, hot tea and enough to recharge their phones.

In addition to the 19 people killed since Sunday, the fighting has also done over the last 24 hours about 30 wounded, including 20 Ukrainian soldiers according to the army.

The Ukrainian army on Facebook accused the rebels of having carried out several attacks against its positions near Avdiïvka in the night of Tuesday to Wednesday and in the early morning using machine guns and rocket launchers.

In addition to arousing a NATO response, this renewed violence has caused the concern of the EU, the United States and the UN. EU diplomacy denounced Tuesday evening a “flagrant disruption of the ceasefire” in force since late December.

Expressing its “grave concern” at this development, the UN Security Council adopted a statement drafted by Kiev, calling for “an immediate return to the ceasefire regime”.

Accusing Russia to support the separatists, which she denies, Ukrainian President Petro Poroshenko then promised on Twitter to continue to “defend Ukraine against Russian aggression”.

The Kremlin councilor Yuri Ushakov replied that Kiev is using the clashes in Avievka as “a means of pressure on Moscow”.

On Wednesday in Minsk, where a new round of peace talks was held between Kiev, separatist, Moscow and OSCE emissaries, OSCE representative Martin Sajdik assured that Moscow and Kiev had called for ” A comprehensive and complete truce throughout the war zone “.

Ukraine has been plagued for nearly three years with a conflict that has killed nearly 10,000 people to date.