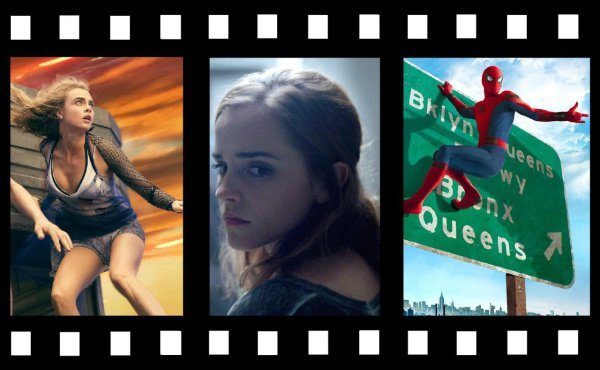 5 July:
“Me, ugly and mйchant 3”, of Pierre Coffin & Chris Renaud
“Men of fire”, by Pierre Jolivet
“A woman fantastic,” Sebastian Lelio
“Faces, Villages”, Agnus Varda & JR
“The Last Girl – the One who has all the gifts”, Colm McCarthy

Trailer of “The Circle”, James Ponsoldt

July 26:
“The ace of the jungle”, David Alaux
“Meet The Gghwilers”, Martin Guggisberg
“Valerian and the citй of a thousand planets”, by Luc Besson
“David Lynch: The Art Life”, Jon Nguyen, and Rick Barnes

Trailer of “Valerian and the citй of a thousand planets”, by Luc Besson

2 aoыt:
“Cars 3”, Polly Johnsen
“Chouquette”, Patrick Godeau
“A wind of libertй”, Bahnam Behzadi
“The Planute monkeys: Suprйmatie”, Matt Reeves
“The Glue”, by Alexandre Castagnetti
“Whitney: Can I Be Me”, by Nick Broomfield