Zealandia, a 7th continent off Australia? 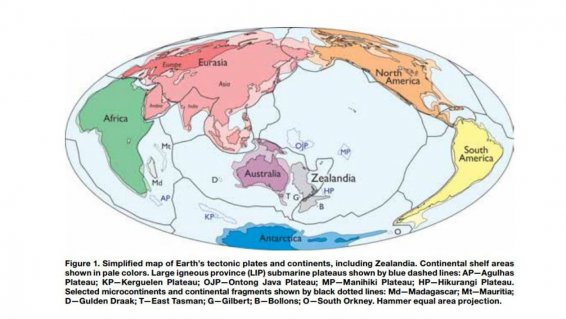 Australian researchers claim to have discovered a seventh continent in the Pacific Ocean. Baptized “Zealandia”, it would be largely submerged, and would be located near New Zealand.

Almost impossible to see. It is drowned in the depths of the Pacific, near New Zealand. But after twenty years of exploration, researchers are now convinced: a new continent is there, 94% immersed. Scientists already call it “the hidden continent of the Earth”.

In an article in the journal The Geological Society of America , the researchers explain that this continent is five million square kilometers or two-thirds of Australia. 94% of its surface is submerged and only three major territories are on the surface: the northern and southern islands of New Zealand and New Caledonia.

The fragment of a super continent?

Scientists say that Zealandia can be considered a continent because its highest point in New Zealand is much higher than sea level. This high point is Mount Aoraki, which is 3,724 meters high . In addition, ” the tectonic and spatial separation with Australia ” confirms that ” the Zealandia continental crust is actually physically separate from Australia ,” a thicker crust and seismic slower speed than the oceanic crust. According to the researchers, Zealandia would be the ” seventh largest geological continent ” and ” younger and more immersed ” continents. Zealandia could be the fragment of a super continent that disappeared 200 million years ago.

So if we know Eurasia, Africa, North America, South America, Antarctica and Oceania, we may soon have to add to this list a seventh continent of the Size of India …