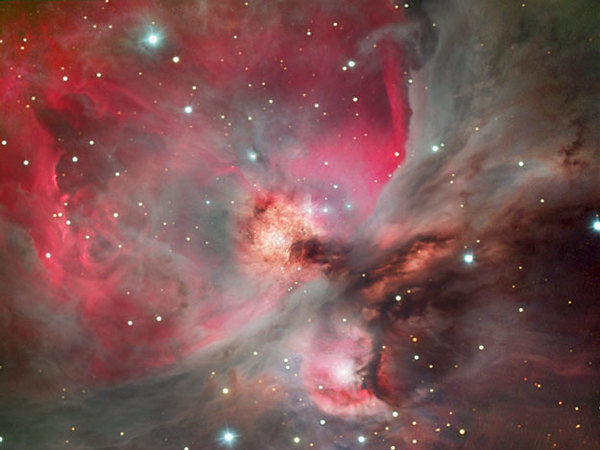 Video published by NASA this week shows the well-known Orion nebula from a new angle, reports Rus.Media. 3D-visualization of the nebula allows the beholder to see newborn stars, gas and dust nebula from the height of bird flight.

“To be able to fly through the mosaic of the nebula in three dimensions is to understand how the universe really looks,” says Frank summers, an expert on imaging.

Visualization includes photography, made space telescope “Hubble” and “Spitzer”, according to NASA. The scientists then chose the frames to create the best interpretation of how a nebula might look like from the inside.

Video contains images in visible light and in infrared, giving a three-minute clip, color depth, and by reproducing the structure of the nebula, which is located in the belt of Orion.

The nebula is 1350 light years from Earth and is a good example of places like the one where our Sun was born 4.6 billion years ago, according to NASA.

Nebula 2 million years, and its stars young. This means that we have a lot of time to learn about their development and potential future.