6 powerful smartphones in 2017, which can be bought for one salary 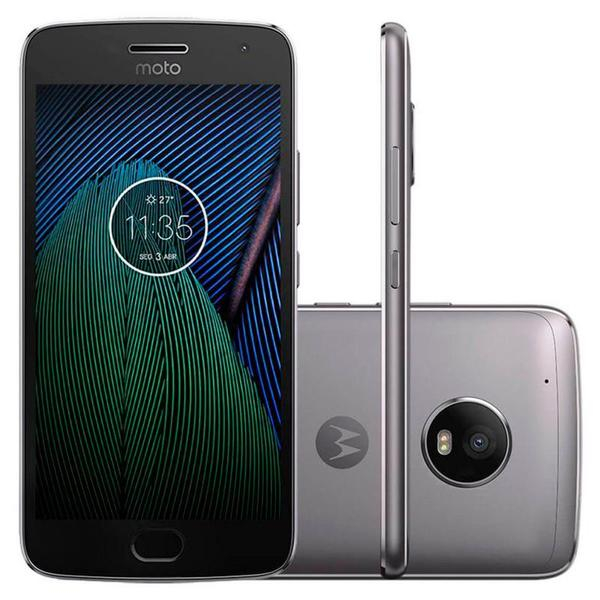 Today, budget smartphones are so good that the difference between the flagships will only be felt by an experienced user.

For the price, which is equal to one average salary in Ukraine (according to state statistics is 7300 hryvnia in October, according to the site work.ua this 8900 UAH), you get a great screen, adequate performance to run most popular apps and even a metal case.

Camera budget smartphones were also the best. Of course, such models are not waterproof or do not recognize you on the retina of the eye, but otherwise they will efficiently perform their functions.

Edition Rus.Media picked up on your taste a selection of smartphones that you can buy in 2017 per average salary in Ukraine.

Motorola has returned to the market in 2014. The company, founded in 1928, it remains only a name, for the last ten years she’s twice been resold. The first time it bought for $12.5 billion from Google.

Google was interested in the company’s portfolio, which included 25 thousand patents. In a few years Google has sold the company (of course, without patents) to another manufacturer of digital technology – Lenovo.

G5 series – the fifth generation of budget smartphones Motorola, which was released in 2017. In this series we will focus immediately on three smartphones: Moto G5, Moto Plus Moto G5 and G5s Plus.

Metal body smartphone is available in three colors: gold, gray and blue. The gadget is equipped with a thumbprint scanner. The screen is slightly recessed into the case, which should protect the display from falling.

The company also stated that for components of this smartphone is coated with a special nano-coating that should repel water. However, this does not make the smartphone waterproof.

The line also supports “fast charging”. In 15 minutes the phone is charging 25% ( should be enough for 6 hours), and a half hour fully charged. Depending on the build, buy the phone from 6 thousand UAH 9 thousand.

6 thousand hryvnia (model XT1676) you will receive a 5-inch smartphone from Qualcomm Snapdragon processor 430, which are 8 cores with a frequency 1,4 GHz. Also the smartphone has 2 gigabytes of RAM.

Internal memory of only 16 gigabytes, but can be expanded up to 128 GB. The main and the front camera 13 and 5 megapixels. This build a hard pull complex games such as “Lineage2”, but will be smoothly run at start up arcade games such as Subway Surfers.

Battery capacity – 2800 mAh. Enough charge for 5 hours of active use (e.g., games), until one working day of average use.

Over 8 000 UAH to buy 5.2-inch Moto G5 Plus. It is considered to be a bit stronger, as it costs 8-core processor Qualcomm Snapdragon 625, with a core frequency of 2 GHz. It also has slightly more RAM and internal memory 3 and 32 gigabytes. Battery increased to 3000 mAh.

Over 9 000 hryvnia you can buy 5.5 inch Moto G5s Plus, which is almost no different from previous smartphone except for the camera. This is one of the few budget smartphones in which there are two main camera – thingy to use the flagships of companies like Apple or Samsung. With this camera you can not be afraid blurry photos in “zoom”. Moto G5s Plus has two 13-Megapixel main camera and 8 MP front camera.

The French company Alcatel appeared before Motorola, namely in 1898. However, the history of similar companies – there are many times sold and devoured. In 2016, the Finnish smartphone manufacturer Nokia bought the company Alcatel for $16.6 billion.

Smartphone line One Touch Idol 4 comes in four color options: black, gold, pink and silver. Case material: plastic. “Chip” smartphone lineup Idol 4 – sound. Built-in stereo speakers of JBL (one of the leading manufacturers of audio equipment) are working with power up to 3.6 W (per speaker). Also included is a wired headset from JBL.

4 000 UAH, you can purchase a standard build Idol 4 with OCTA-core processor Qualcomm Snapdragon 617 (frequency: 4×1. 5GHz and 4×1,2 GHz). The smartphone is equipped with 3 gigabytes of RAM and 16 of internal. Smartphone screen is 5.2 inches with a resolution of 1080х1920 pixels. The main smartphone camera – 13 MP and front 8 MP. do not stand out with something special for its price segment. Battery 2600 mAh.

Over 8 000 thousand hryvnia can buy the extended version – Idol 4s. In this version of the smartphone a little better. For example, the processor – Qualcomm Snapdragon 652 (frequency: 4×1,8 GHz and 4×1,2 GHz) and a bit more internal memory – 32 GB. Battery capacity – 3000 mAh and the main camera is 16 MP. RAM and front camera remained the same as in a younger model.

Plastic box Packed smartphone turns into a virtual reality goggles. But do not hope that it will be “supercooler”. Users complain of lack of ventilation, food and speakers, the inability of the dioptre adjustment and the inconvenience of VR glasses.

In fact it’s the same “boring” 5.5-inch smartphone, like other budget smartphones in this price segment. It is the Qualcomm Snapdragon 425 and 2 GB of RAM, which will go dynamic toys. Built-in memory leaves much to be desired – a total of 16 GB. Metal body smartphone is available in three colors: gold, pink, and black.

A feature of this smartphone is the huge battery, whose capacity is 5000 mAh. With the active work of such a smartphone will last 26 hours, while video playback can be up to 22 hours.

With moderate use works for up to three days. Another feature of the Zenfone 4 Max is your smartphone camera. For example, the front 8 Megapixel camera has a flash for Self. And the smartphone has built two main camera but it is not done for good “Zuma”. One camera shoots with a resolution of 13 MP, and the second – 5 MP. However, the second camera is a wide angle and is able to capture more space. Angle lens wide angle camera – 120 degree.

Such a phone will fit travelers and those who like to walk. You don’t care about the charge and make wonderful pictures.

All this makes a smartphone “super”, but you can play on medium settings in some dynamic games such as “Injustice 2” or “World Of Tanks Blitz”.

The size of the smartphone is that fans of the phablet: a screen with a diagonal of 6.4 inches, running in Full HD (1920×1080 pixels) .Some users in their reviews said that the screen of the smartphone a little “revtitle”.

The main camera of the smartphone from Sony runs at the resolution of 12 MP and shoots video quality 4K with a frequency of up to 30 fps. Almost the same camera is basically the company’s flagship Mi6. Front camera – 5 MP.

Of the downsides users noted the quiet sounds in headphones.Also, the smartphone is not NFC (wireless data transmission). That is, you will not be able to “pay off” in the terminal with your smartphone.

This smartphone is often called a stripped-down copy of Nexus 6P. So if you liked Nexus, you’ll like Huawei and Nova. The 5-inch display of the smartphone is made in the typical Huawei TFT technology.

Battery capacity is 3020 mAh and is fully charged in 3 hours (no quick charge). The phone is in active mode, up to 24 hours. You can also watch up to 10 hours without recharging.

The smartphone is an OCTA-core Qualcomm Snapdragon 625 (with a core frequency of 2.0 GHz), 3 GB of RAM and 32 GB of internal memory.

The smartphone can shoot video in 4K its primary 12 MP camera. Self can be done on the front 8 MP camera.

In General, users commented on the high quality of pictures even in dark lighting conditions, and long work of a smartphone without recharging.

Samsung will probably like 5.5-inch smartphone Galaxy J7 with proprietary technology Super AMOLED. However, the screen resolution is not as high – 1280×720 pixels.

Samsung Galaxy J7-6 not the most powerful of phones: it is equipped with a processor Samsung Exynos 5 with eight cores Cortex A53, operating at a frequency up to 1.6 GHz. Also in the Galaxy J7 has 2 GB of RAM.

Capacity battery – 3300 mAh. But in no technology smartphone a quick charge. The phone charges fully in 2.5 hours. The phone can withstand 10-12 hours of active operation.

Main camera 13 MP shoots good even in the dark thanks to the light sensitivity (f / 1.9) and has autofocus. Front camera 5 MP has autofocus, but there are built-in filters for face and lights the led.

Good phone for those who don’t want to mess with firmware and other innovations. Operates smoothly and without interruption.