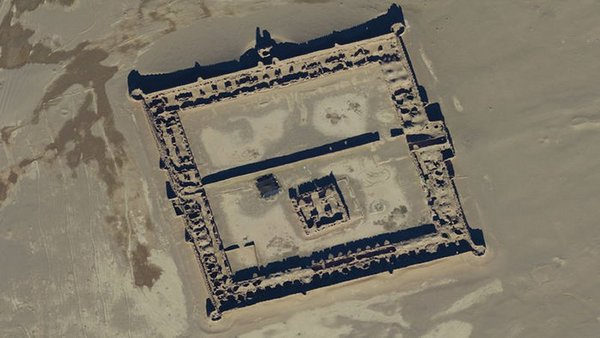 Ancient cities discovered in Afghanistan
Among the archaeological finds – 119 caravanserais of the late XVI and early XVII century.

Archaeological excavations in Afghanistan impossible, but U.S. and Afghan researchers now can study thousands of previously cataloged ancient cities and structures that were detected by American spy satellites and military analysis of the images obtained with drones, reports Rus.Media.

Among the archaeological finds – 119 caravanserais of the late XVI and early XVII century, enormous complexes designed to accommodate travelers and constructed since the early centuries BC and until the nineteenth century, as well as the network of ancient canals that are invisible from the ground.

The researchers report that they have tripled the number of identified archaeological features in Afghanistan to more than 4500 and they are convinced that the country is still many undiscovered ancient sites.

For more than a Millennium, these ancient sites served as a decisive crossroads linking the East and West. Emily BOAC, Analytics heritage UChicago, caravans brought a huge amount of silk, precious stones, spices and woods from India and porcelain from China.

Afghanistan is an archaeological treasure trove, filled with items and objects that can help fill the gaps in our history books.

The use of American drones in the middle East in order to preserve the research offers scientists the opportunity to catalogue ancient monuments that may never be discovered.