Angela Kinsey (The Office): Photos of her marriage to Joshua Snyder 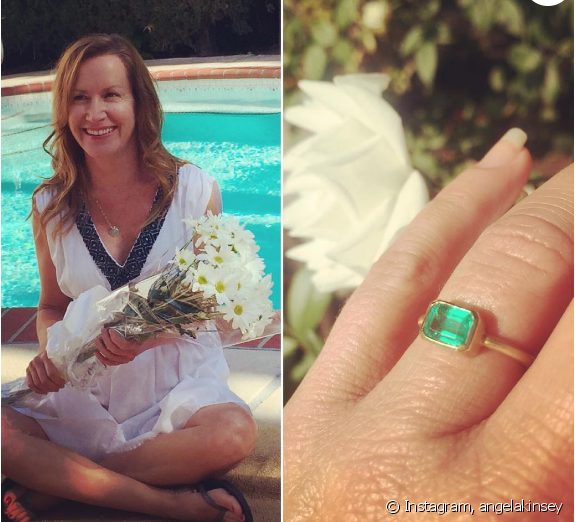 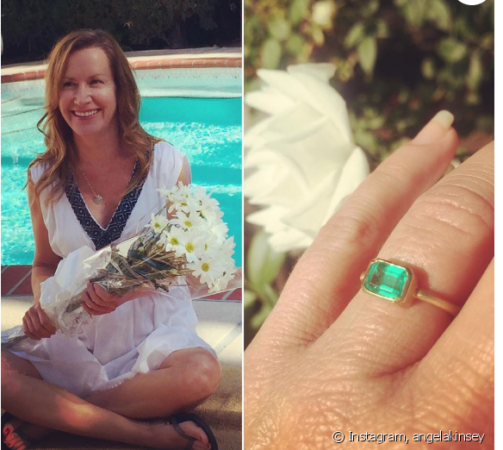 Angela Kinsey is now a married woman. At 45, one that embodies the gentle but frustrated Angela Martin in The Office married the beautiful Joshua Snyder, who has made some appearances in Without a Trace and CSI: NY .
According to information of the magazine Martha Stewart Weddings , relayed by the site People , intimate and private ceremony took place on Sunday 13 November in Topanga, California. The couple said ” yes ” in front of 130 guests, mostly members of their immediate families, including children born from their previous relationships. The actress shares a daughter named Isabel Ruby, 7 years old, with her ex-husband, producer Warren Liebertstein , while the 39 year-old actor is dad to sons.
” Our marriage is much more than the union of two people, it is the union of two families. Josh, his son, daughter and myself. We are so proud of our children, they all wrote us beautiful speech during the ceremony. They wanted you to know how much it matters to them to be a family. It was very moving , “he told Angela Kinsey. Her husband added that their speeches were so successful that they have kept the frame for making them.
Angela Kinsley, beautiful in her white dress that hinted one shoulder, also published some wedding photos on his Instagram page. ” Thank you all for making our wedding a magical day. Yesterday we lived a dream from the beginning to the end of the day. We shared some details of marriage with Martha Weddings. Thanks for all your best wishes , “she wrote. The actress can be seen in the series Haters Back Off on Netflix, was betrothed to last August .