Apple presented the iPad: how much it will be possible to buy in Ukraine (Video) 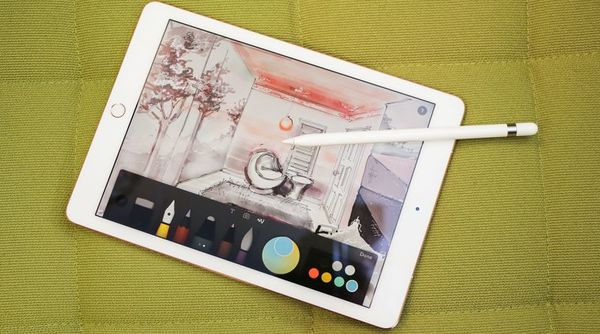 Apple presented the iPad: how much it will be possible to buy in Ukraine (Video)
The price of the iPad will depend on you study at school or University:.

According to sellers, the official sales of new iPad will start in two months. In the US, the tablet can be purchased for $ 299 (for students) and others will be able to buy it for 329 $.

Here in Ukraine the price is very different. The cost of the basic version of the tablet (with wifi module) will be 11 599 UAH. Modification with support for mobile networks (including LTE) will cost 15 UAH 599. Special stylus for Apple Pencil, which is compatible with the new iPad and is the new chip, already available in Ukraine for the price of 4 599 UAH. Tablet computers will be available to Ukrainians in the colors Silver, Space Gray and Gold.

The new iPad announced by Apple as the most affordable tablet computer in the line and is positioned as a solution for learning and work. It is equipped with a Fusion A10 processor, display with a resolution of 2048×1536 pixels, built-in storage of 32 GB and 8 MP camera (front 1.2 MP). The stated time is up to 10 hours without recharging. Among the pre-installed apps include: Notability, Pages, Numbers, Keynote and Microsoft Office.