As any smartphone can tell him the PIN and give all the guts! (video) 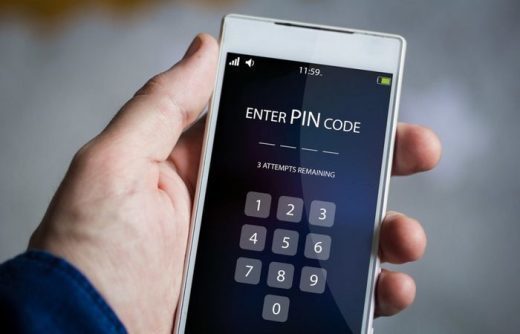 As any smartphone can tell him the PIN and give all the guts! (video)
Even if some attacker steals someone’s mobile, it won’t do him much good if he doesn’t know the PIN code

Even if some attacker steals someone’s mobile, it won’t do him much good if he doesn’t know the PIN code, reports Rus.Media. At least everyone thought so before. Researchers from the Singapore University of technology Nanyang, he created a system that correctly “guess” the PIN code of the phone based solely on information provided by its sensors.

A research group under the leadership of Dr. Sivana Bhasin “taught” the system and ran tests, when people were introduced a random collection of 70 four-digit PIN codes on smartphones running Android. Each phone was configured a custom application that collects data from the accelerometer, gyroscope, magnetometer, proximity sensor, barometer and ambient light sensor.

The PIN code of the smartphone: an analysis of the response of the sensors.

The pupil algorithm of their software analyzed the data by comparing sensor readings with specific numbers that pressed on the onscreen keyboard. When a person holds the phone and enters the PIN code, the phone orientation in space, for example, by pressing buttons “1” or “9” is different. Also when you press “1” right thumb will block more light than when you press “9”.

When the system was instructed to guess the four-digit PIN codes, based only on the response of the sensors, the matching accuracy was 99.5% (with three attempts). Bhasin believes that it is possible that people will be able to download on your phone FOR malware that uses similar technology.

The PIN code of the smartphone: the probability of cracking is 99.5%.

After you access the phone’s sensors and decrypt the PIN code of the user program will pass the information on to someone who will be able to unlock this phone. In order for such a scenario is impossible, the doctor offers to mobile operating systems restrict access to the phone’s sensors, and users can grant permission only to trusted applications.