At the sale there was an invention that hides the sounds going to the toilet! 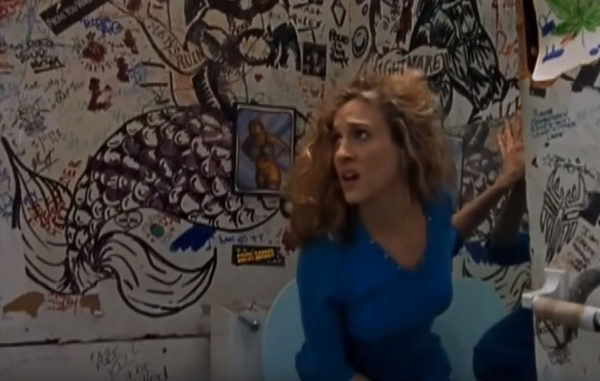 At the sale there was an invention that hides the sounds going to the toilet!
You won’t have to blush at the sight of the household!

If you ever lived in a big friendly company or a small and quarrelsome family, you’re familiar with the problem of the toilet, reports Rus.Media. (If not, then you either live alone, or in a huge house, or on a desert island — obviously, with Wi-Fi.)

Everyone faces the problem of the toilet daily. The problem is this: in the average apartment it is impossible to go to the toilet, so as not to attract the attention of the rest of the family. The fact that most of the toilets are located next to the kitchen, where, in the absence of living rooms and verandas, generally meets the whole family. It turns ashamed and uncomfortable, and all family members (except the deaf grandfather). It seems that the era of shame is over! Thanks to the Japanese.

Since the Japanese have similar housing problems, but unlimited technological possibilities, they decided to fight with the problem techniques of the XXV century. And invented a “sound designer”!

What is the joint brainchild of the goods for the house and Lixil, the company engaged in the production of musical instruments Roland, “the decorator of sound” effectively drowns out all the sounds that man by nature is supposed to hold in the toilet. Thus, your reputation in the family will remain intact. It looks like a “sound designer” modestly and discreetly — in the photo he is on the rolls of toilet paper.

To operate the device starts literally at your fingertips — a sensory mechanism. From 1 February 2018, “the decorator of the sound” went on sale in Japan and, apparently, will soon appear in the US, and there, staring, and before Europe gets. Is “decorator” not too expensive — $ 200. Reputation, recall, more expensive.