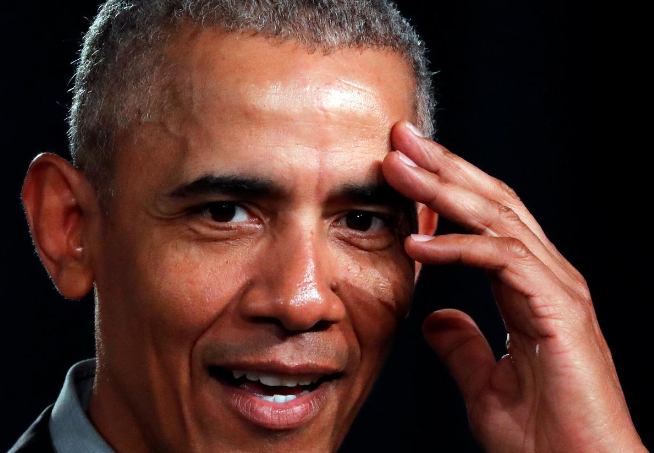 WASHINGTON (Reuters) – Former President Barack Obama was not on the Democratic presidential candidate debate stage on Wednesday night, but he was omnipresent as 2020 hopefuls struggled with attacking the legacy of their party’s most popular member.

Coming under heavy attack from more liberal, lower-polling candidates, front-runner Joe Biden frequently invoked Obama in his defense, the first black president, for whom he served as No. 2 for eight years.

Obama enjoys vast popularity not just in his party, but among all Americans, including African Americans whose backing is crucial to win the Democratic nomination to take on Republican President Donald Trump in the November 2020 election. A June poll by the think tank Pew found Obama is now considered the best president in the past 100 years.

“We’ve now had about 105 straight months of positive job growth, the longest streak in American history,” said Democratic candidate Julian Castro, who was federal housing chief in the Obama administration. “Over 80 months of that was due to President Barack Obama. Thank you, Barack Obama.”

That left some of Biden’s rivals in the Democratic primary contest struggling to find a way to criticize the former vice president and his pledge to continue and enhance Obama’s legacy, while also avoiding disparaging the former president.

Obama has largely stayed silent since leaving office in 2017, opting not to endorse anyone in the Democratic primary and only occasionally weighing in to criticize Trump.

“Everybody is talking about how terrible I am on these issues,” Biden said, referring to his record on race.

“Barack Obama knew exactly who I was. He had 10 lawyers do a background check on everything about me on civil rights and civil liberties, and he chose me, and he said it was the best decision he made. I’ll take his judgment.”

The crowded field of about two dozen Democrats running for the nomination to challenge Trump are struggling to determine how far left their party should move, a debate that has largely centered around the future of the U.S. healthcare system.

Obama’s namesake healthcare law – Obamacare – has come under increased criticism from Democrats, including leading progressives Bernie Sanders and Elizabeth Warren, senators who are pushing for a single-payer healthcare system that would all but eliminate private insurance.

Biden delivered a complete endorsement of Obamacare — essentially calling for the addition of a public option that Obama backed when the Affordable Care Act was passed but was removed in order to generate enough support to get it approved.

“Obamacare is working,” Biden said. “The way to build this and get to it immediately is to build on Obamacare.”

U.S. Senator Kamala Harris, who is in the top tier of candidates, took a swipe at the law, saying it is not stopping insurance companies from profiting.

“Senator Biden, your plan will keep and allow insurance companies to remain with status quo, doing business as usual, and that’s going to be about jacking up co-pays, jacking up deductibles,” Harris said.

At times Biden did try to distance himself from Obama. He said he advised Obama not to implement a troop surge in Iraq.

But when pressed by New York City Mayor Bill de Blasio on the Obama administration’s large number of deportations of undocumented immigrants, Biden refused to say how he advised the president at the time.

“I was vice president, I kept my recommendations to the president in private, unlike you, who I would expect you would say whatever was said,” Biden shot back.

Even Trump invoked the name of the former president. He wrote on Twitter during the debate that “cages for kids were built by the Obama Administration” and arguing “he had the policy of child separation,” an issue that has been a lightning rod for the current president’s administration.

U.S. Senator Cory Booker criticized Biden for his sponsorship of the 1994 crime bill, which has been blamed for leading to mass incarceration of black people.

Biden again pointed to his work in the Obama administration.

“The president of the United States, Barack Obama, went out of his way to try to change the system and he got pushed back significantly,” Biden said.

Booker was frustrated by the answer.

“First of all, Mr. Vice President, you can’t have it both ways,” Booker said. “You invoke President Obama more than anybody in this campaign.  You can’t do it when it’s convenient and then dodge it when it’s not.”