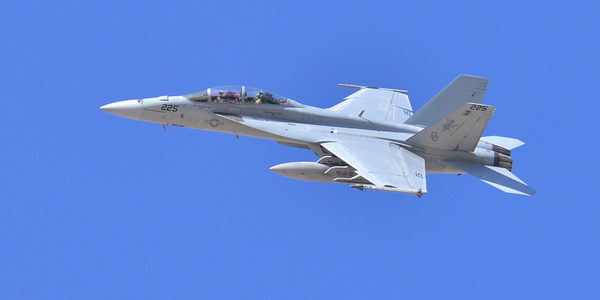 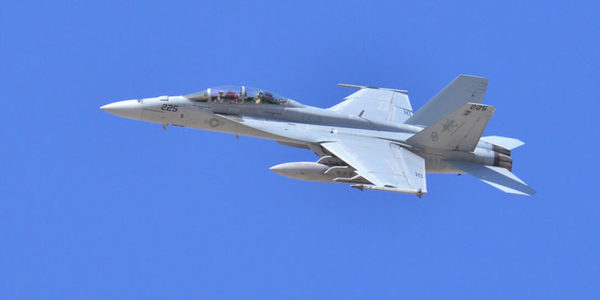 The Canadian government has announced plans to acquire F/A-18E/F Super Hornet multi-role fighters. Ottawa wants to secure a modest number of the jets until it decides on a real replacement for its current fleet of legacy Hornet fighters—which won’t be the F-35.

During the 1980s, Canada bought 138 CF-18 Hornets (its designation for the Boeing F/A-18A Hornet). Canadian CF-18s flew combat missions in the Persian Gulf War, NATO operations in the former Yugoslavia, Libya, and most recently over Iraq against the Islamic State. Despite modest upgrades, however, such as the ability to carry the beyond visual range AMRAAM missile, Joint Directed Attack Munition satellite-guided bombs and Link 16 data communications, the planes are increasingly outdated.

The previous Canadian administration had the country lined up to buy the F-35 Joint Strike Fighter, but current Prime Minister Justin Trudeau vowed as part of his election campaign to cancel the purchase on the grounds a real competition hadn’t taken place and that such an expensive fighter was unnecessary. True to his word, Trudeau canceled Canada’s planned purchase of the F-35 and announced a new, open competition for a permanent replacement would be forthcoming.

Canadian CF-18 Hornet during NORAD exercise Vigilant Shield, October 2016. Department of Defense photo.
The new plan is for Canada to acquire 18 F/A-18 Super Hornets as a stopgap measure until the permanent replacement fighter is announced. The government press release doesn’t use the words “purchase” or “buy”, saying they will be used “for an interim period of time”. That leaves open the possibility the jets will be leased from Boeing.

Boeing Asks Denmark to Buy F-18s Instead of F-35s
The Super Hornet is a practical replacement for the CF-18 Hornet. The “Super Bug” is bigger, with a longer range and greater weapons payload than the CF-18. Although not as stealthy as the F-35, the Super Hornet was designed with some radar cross reduction features that make it more difficult for enemy radar to detect. The improved Hornet also has a high level of commonality with older Hornets, particularly weapons and the engine, meaning Canadian air crews will get up to speed on it quicker than a brand-new plane.

Canada’s new interim fighter could even be the new Advanced Super Hornet currently being marketed by Boeing to India. The improved design includes an infra-red search and track sensor for air-to-air and air-to-ground combat, conformal fuel tanks that sit above the wings, and an enclosed weapons pod designed to hide bombs and missiles in a stealthy enclosure to reduce their radar signature.

A F/A-18F Super Hornet refuels a F/A-18C Hornet in midair. U.S. Navy photo.
How would Canada use 18 new Super Hornets? The new jets would be more survivable over modern battlefields, especially against Russian air defenses. The new planes could also be paired with older jets, their newer APG-79 active electronically scanned array radars scanning ahead for aerial threats instead of the older radars on current CF-18. The APG-79 has a lower probability of intercept, making it harder for enemy radar warning receivers to detect. The Super Hornets could then share data with the CF-18s through the Link 16 system. One last benefit to Canada: the Super Hornet could be used as an aerial tanker for CF-18s, extending their range.

This interim acquisition just kicks the can a little bit down the road. Canada still needs at least one hundred new fighters, and it needs them very soon. The Super Hornet seems to be the frontrunner, but don’t count the F-35 Joint Strike Fighter out yet. As the plane continues to mature it’s looking to be the plane Lockheed Martin has promised it will be, and per-unit costs are dropping to the point where the plane is becoming a serious competitor to the Super Hornet.