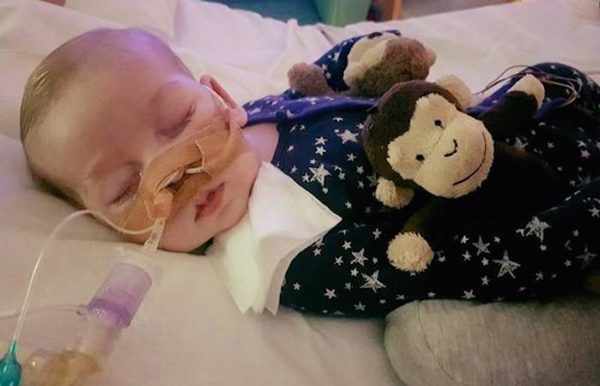 The struggle of the parents of little Charlie, a baby of 11 months, suffering from a rare genetic disorder and incurable, is not quite finished. At the end of June, the british couple saw his last hopes vanished with the unfavorable verdict as a result of their legal action against the hospital that treats their child. Hospital Great Ormond Street Hospital had in effect decided to terminate the care of Charlie, whose vital prognosis is engaged, receives since October.

Determined to treat their son in the United States, Connie Yates, and Chris gard have brought the matter up before the European Court of human rights, which ruled in favour of the hospital. But on Friday, coup de théâtre : the hospital of london is back on his decision.

“Two international hospitals and their researchers have shown these past 24 hours they had new items for the experimental treatment,” said the hospital in a press release to justify this sudden reversal of the situation.

The small Charlie suffers from the Syndrome of depletion of mitochondrial DNA, a neurodegenerative disease that results in progressive muscle weakness and affects the vital organs such as the heart and lungs.

Convinced that the therapy nucleoside, a method developed in the United States by a neurologist, could allow Charlie to regain certain functions, his parents have started a pool to take their baby to be treated in America.