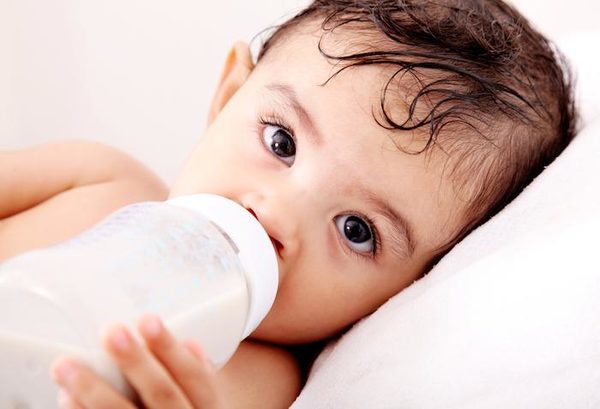 New twist in the case of baby milk contaminated product by Lactalis. Last Friday, the mother of a family has been found in the shelves of a supermarket Leclerc, a box of milk that is contaminated. Even though these products are supposed to have been recalled last December.
Another mother of the family bought the milk, which is recommended as a replacement by Lactalis after the recall of contaminated lots, except that her son got sick because the milk was also contaminated.
In addition, it was learned that the plant’s Lactalis of Craon has been contaminated by the same strain of Salmonella that had been at the origin of the contamination of 2005. Coincidence or resurgence of the strain to the result of the work conducted in February 2017. This is what the investigation will determine.

Still of boxes of contaminated milk on the shelves

Seven hundred and eighty-two persons have purchased the contaminated milk in Leclerc after December 2017, as 984 boxes have not been removed from the shelves. The customers would have all been recalled via their frequent flyer account, or through their bank, according to the CEO of the group, Michel-Edouard Leclerc.
He explained in the columns of Parisien : “The data that we receive on the batches involved are listed by bar codes. This requires a meticulous work of tracing in the store. […] (On the occasion of the rush of end-of-year) there has been a glut of information, a problem of sorting, and interpretation.” The head of the company was assured that it would bear the consequences of this failure.

In the North, a woman has also purchased the contaminated milk, except that it was not part of the batch that had been recalled. She has testified on RTL this week.
She chose the milk because it was recommended by Lactalis to replace the one contaminated. However, the strain of Salmonella that contaminates it is the same for both products.

A factory contaminated with repetition

The plant of Craon had already been a problem of contamination in 2005 according to our colleagues, knowing that at the time, it was owned by another company. According to the Pasteur Institute, who has conducted the analyses, all seems to indicate that the strain of Salmonella agona responsible for the episode 2017, derives from that of 2005. Two different owners of the same strain. The hypothesis of a resurgence of the strain on the occasion of the work carried out in February 2017 and is subject to debate. But it seems plausible to many experts.
Thirty-one children were contaminated through the ingestion of the milk of Lactalis. Dozens of parents intend to bring a complaint individually in coming weeks for non-assistance to person in danger, for babies who have not been sick, and for endangering the lives of others and unintentional injuries, for those who have been hospitalized.

Malfunctions at all levels who have called for a review of the procedures for control purposes in the production and distribution of infant formula.