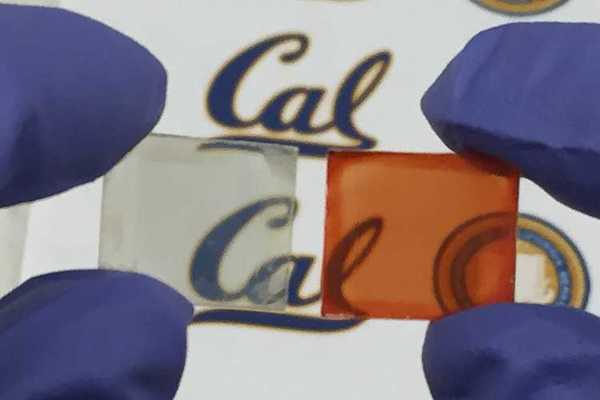 Created “smart” Windows that generate electricity
The developers of “smart” Windows are trying to create a system that could change the transparency of the glass, depending on light and temperature.

The new solar cells based on doped perovskite transparent at ordinary temperature, but darken in the heat, and at the same time produce electricity, reports Rus.Media.

The developers of “smart” Windows are trying to create a system that could change the transparency of the glass, depending on light and temperature. Adjusting the flow of incoming space radiation, they make them more comfortable and significantly reduce costs for heating and cooling of the air inside. Parallel to this, the creators of solar panels looking for ways to get a transparent generating elements to transform a vast glazed surfaces of modern skyscrapers in the sources of electricity.

Both jobs at the same time managed to solve the team’s Professor, University of California, Berkeley Padona Jan (Peidong Yang), an article which publishes the journal Nature Materials. The researchers used a perovskite, calcium titanate, extremely perspective from the point of view of obtaining photoelectricity mineral. In the grille they introduced the atoms of cesium, lead iodide, having a material which changes its structure under the influence of temperature and humidity. At room temperature, its transparency in the visible range exceeds 80%, and when heat falls to 35 percent.

The new material remains a “breakdown of the pen”. It is not efficient enough to produce energy in the “hot phase” and the transition itself requires heating to 105 °C. However, Ian and his team are confident that they will be able to find the optimal combination deruosi substances, and to solve these problems. In fact, not so long ago, their colleagues have demonstrated the structure-based perovskite, which is able to change transparency. However, her performance was almost zero, here the authors were able to achieve substantial progress. In the future, the effectiveness of these solar cells will increase even more, and we finally get a window not only smart, but also generating.