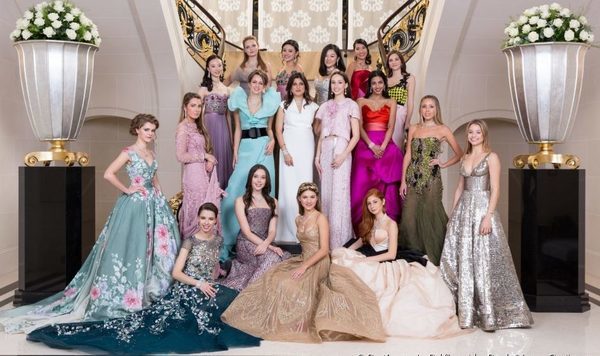 All were more elegant than each other. 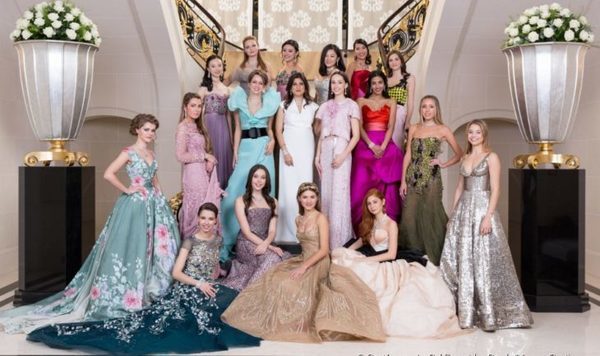 Saturday 26 November, the 24th edition of the Debutante Ball was held at the prestigious Peninsula Hotel in Paris. Traditionally celebrated the end of the year and run by Stéphane Bern , this major social event, brought up to date by Ophélie Renouard, highlights the daughters of large families from the aristocracy of international business leaders and / or the film industry.
Dressed in their finest bedchamber, seventeen girls and made their debut under the proud gaze and moved with their parents. Masked by MAC Cosmetics, capped by Alexandre de Paris under the artistic direction of Jean-Luc Minetti and pavements by Christian Louboutin, the Deb’s made twirl the skirts of their couture gown on the arm of their respective jumper, trimmed Payal New York jewelry .
FRIENDLY ATMOSPHERE AND PRINCESS DRESSES
Daniela Figo (17), daughter of Portuguese footballer Luis Figo and Swedish model Helen Svedin, appeared radiant dress Jean Paul Gaultier. Olympia Tattinger (16), daughter of Jules and Marie-Aude Tattinger and heiress of the champagne house of the same name, had meanwhile opted for a Chanel Couture dress. A princess also stood out: it is Zita of Bourbon-Parma (17), daughter of Prince Charles-Emmanuel de Bourbon-Parma and Constance Ravinel. The girl was radiant in her dress Zuhair Murard, dancing to the arms of his cousin, Prince Paul-Louis of Nassau.
There was also Ella Beatty, daughter of director Warren Beatty and Hollywood actress Annette Bening . Primed a Dior dress, Newcomer of 16 years has also been able to count on the presence of his mother. Hermine Royant (16), daughter of Olivier Royant (editor Paris Match ) and Delphine Royant (editor for the magazine Vogue Paris ) was equally illuminated the evening in a concocted dress by her favorite designer, Elie Saab. Venue US, the granddaughter of billionaire Kirk Kerkorian, real estate mogul and founder of Metro-Goldwyn-Mayer (MGM) Hollywood, Tess Kamper, chose a dress from French designer Alexandre Vauthier. Austrian princess Emilia von Auersperg-Breunner has also caused a sensation in a beautiful dress Emanuel Ungaro.
A DANCE TO BENEFIT TWO ASSOCIATIONS
Angelique Countess of Limburg Stirum, 21, darted the first to open the ball in a signed Georges Hobeika dress. Alexina Fontes Williams (in Yanina Couture), Monica Concepcion (in Marchesa), Donna Yuan (in Guo Pei), Nam Phuong Dinh Thi (in Alexis Mabille Haute Couture), Maia Twombly (in Giambattista Valli Haute Couture dress), Yu Hang ( dress Alexander McQueen), Jayati Modi (dressed by Vivienne Westwood), Amelia Ash Rudick (in Naeem Khan) and Marquise Altea Patrizi Naro Montoro (dress Stéphane Rolland Haute Couture) also imposed with charm and elegance on the track dance.
Since last year, the Debutante Ball supports Seleni Institute (www.seleni.org), a nonprofit organization based in New York that helps young mothers. Since 2009, the Ball is celebrated in favor of Asian children, whose mission is to develop the education of underprivileged girls from Southeast Asia.