Died, the astronaut who first went without insurance in the open space 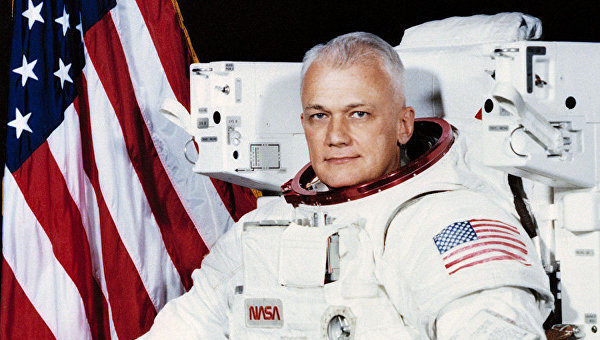 Died, the astronaut who first went without insurance in the open space
Bruce McCandless is known that in 1984, went into space on manned manewrowego modules.

American astronaut Bruce McCandless, who carried out the first in the history of mankind spacewalk without insurance, died December 21 at age 80, reports Rus.Media.

“Our thoughts and prayers are with the family of Bruce. He will always be remembered for the iconic photo of flight for manned manewrowego modules”, – said the Director of NASA Robert Lightfoot.

McCandless graduated from Stanford University, served as a pilot of the naval forces of the United States, and later joined the astronaut of NASA. He also participated in the installation of the largest Hubble space telescope.

During his first space flight in 1984, McCandless went out into the open space using systems for the movement and maneuvering of an astronaut. In free flight without a technical connection with the ship McCandless was six hours. Later, NASA forbade the use of the MMU, considering it too dangerous.