Donald Trump and the “normalization” of Islamophobia 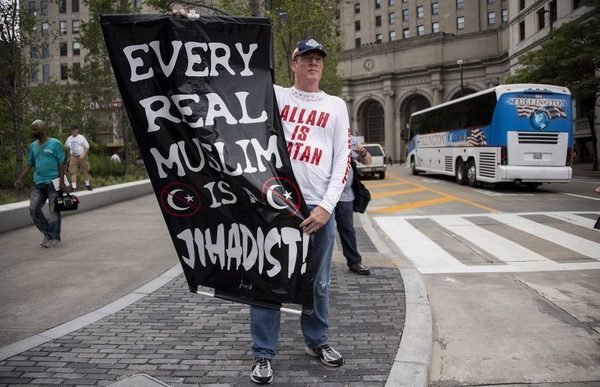 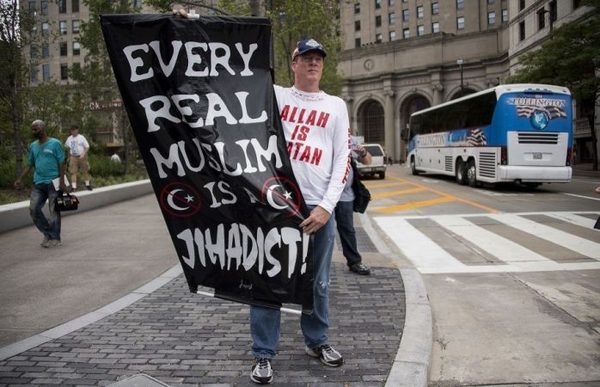 As part of the campaign, Libération wonders of US citizens. Today Sayedahmed Dina, a young student of Muslim faith, discusses the impact of the anti-Muslim rhetoric of the Republican candidate Donald Trump.

At 21, Dina Sayedahmed studying journalism and political science at Rutgers University in the state of New Jersey. Muslim, she has produced and participated in the video Hijabi World , which meets Islamophobia and misconceptions about Islam and American women who wear the hijab.

How has your perspective on the election and candidates from primary ?

I always thought that the changes taking place in the streets and that the real revolution begins at the level of citizens. I applied this view to the election, because I understood that a change in our political system was not possible in a two-party system. I do not confine myself to a choice between a Democrat and a Republican, but I will vote for a third party. I’m excited for either Hillary or Trump and I do not subscribe to the idea that we should vote for Hillary that Trump does not win. For me, this is a simplistic way of thinking, and, moreover, is unfair to the democratic process. We must let our votes be guided by the one we want, not the one we do not want. I will vote for Jill Stein [the Green candidate], because it is closest to my political convictions. But I am sad that voting for a third party does not weigh more.

How did the Islamophobic rhetoric of Donald Trump affected your family and friends ?

My mosque was vandalized recently. A graffiti stating “Donald Trump.” I do not know if the author was inspired by Trump or the expansion project of the mosque, but it shocked me. I was harassed in the streets, in trains, buses, in class, at the restaurant, but it was always a personal attack. Now that the attack is on my community, I start to worry for undocumented immigrants or those who do not speak English well. These people can not defend themselves and are already living in fear. I am also concerned for the elderly and new immigrants are very vulnerable. I also think the children who are growing up in an environment where they are made to believe that they pose a threat. Islamophobia hurts us, but I’m not afraid.

Do you think Donald Trump’s statements have contributed to the rise of Islamophobia in the United States or that feeling was it already there ?

Islamophobia has always existed, even before 11 September. But Trump has normalized. It has become acceptable to spit his hatred against women, Mexicans, Muslims, the working class … and not be prosecuted for it.

Why have you made the video Hijabi World ? Have you ever felt discriminated against or insecure because you wear the veil ?

No woman who wears the hijab in the United States has never felt discriminated against or in danger because of the way she was dressed. Our goal was to restore our stories, but also to make fun of some of our struggles, as our bad days the hijab [days when the hijab does not want to put it as the person wishes], the kitsch burkinis, shopping in quest dresses or shirts with long sleeves in summer or having to give our makeup and our accessories in our hijab. However, the project became more serious after the announcement of the killing of three Muslim students in the city of Chapel Hill, North Carolina [in 2015]. They were killed by a neighbor, known for his Islamophobic and racist remarks. It was decided to tackle Islamophobia and dedicated the video to victims, and Yusor Deah Barakat and Razan Abu-Salha. We also want to help women who wear the hijab to feel good about themselves. Many of us grow up with the image of the Muslim woman abused and oppressed by men and customs. We do not always have a positive image of us and this has an impact on our opinion of ourselves. Many of us had to stop hating. We hope this video will help women who wear the hijab to feel good about themselves and to love.