Donald trump Jr. showed a cookie with a picture of Obama 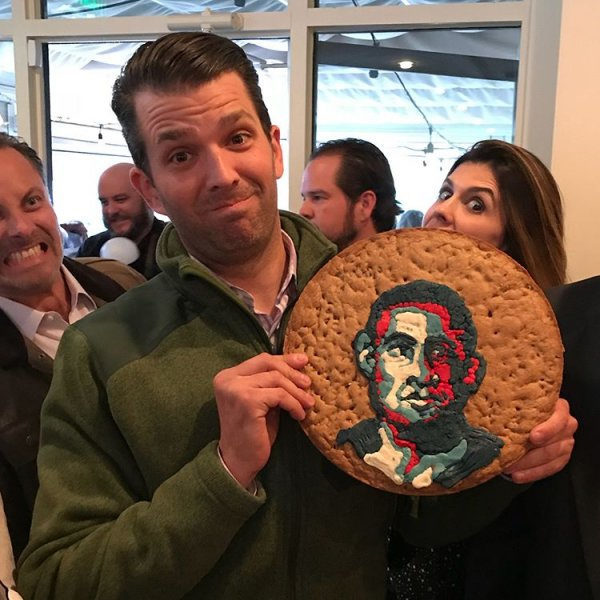 Donald trump Jr., son of the current head of the White house, on his page on Instagram has posted pictures, which he holds in his hands a big cookie with a picture of Barack Obama.

Commented on photos of the US President’s son: “My friends and I decided that although my birthday is in a few weeks they will give me a cookie for my 40th birthday. And what a birthday without cookies with Obama?“

Your gift Donald trump Jr. decided to share with Senator Ted Cruz, who in March of this year became one of the initiators of the letter to the state Department with a request to conduct a verification of the intervention of the administration of former President Barack Obama in elections in other States.