Elon Musk has shown the instance of the Tesla Roadster, which will go into space 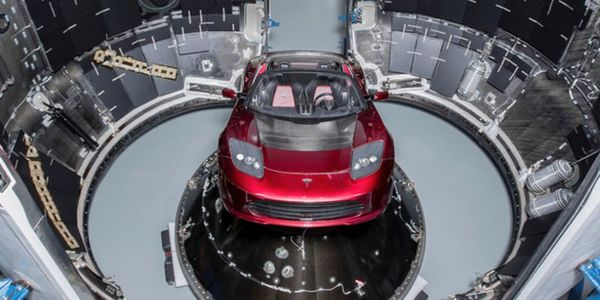 The head of the company SpaceX Elon Musk has decided to put the electric Tesla Roadster in a new rocket, the Falcon Heavy is simulator mass, reports Rus.Media.

The picture shows that the car is fixed between the two parts of the fairing Falcon Heavy.

“Test flights of new missiles typically include a simulation of the mass in the form of concrete or steel blocks. It seemed extremely boring. Of course, something terribly boring, especially company, so we decided to send something unusual,” wrote Elon Musk in his blog.

Tesla Roadster weight is around 1300 kg Electric car is mounted on a transport platform diagonally. On the sides of the platform, designed for fastening payload of rockets, the Falcon Heavy, set the cowl panel.

The Falcon Heavy, and Falcon 9 will be equipped with elements of the system reusable for controlled return and soft landing. Falcon Heavy will be able to deliver more 63,8 tons into low reference orbit.