Entangled Triangle: What Will Happen with the EU-Ukraine Association Agreement? 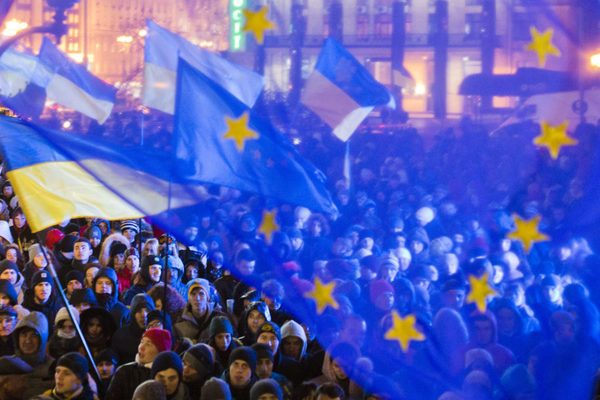 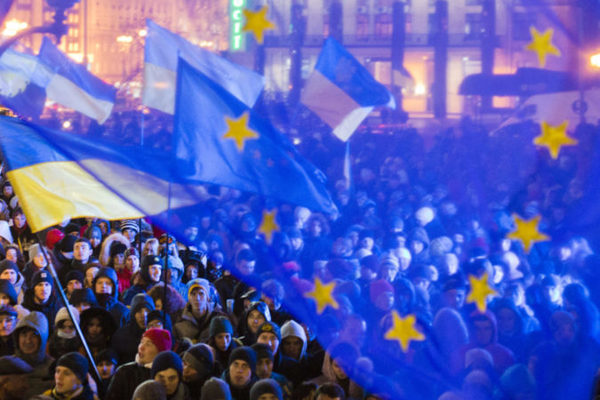 Less than three years ago, millions of Ukrainians took to the streets in order to defend their choice of European integration and values which unite democratic nations of today’s Europe. The Euromaidan protest became one of the largest and the most powerful events in support of the European Union since its creation. It is ironic that, today, one of its founding members, can jeopardize not only the future of the pro-European, reform-oriented forces in Ukraine, but undermine the unity, policies and the spirit of the union.

A victim of Euroscepticism
On April 6, around 2,5 million Dutch citizens out of a population of 17 million voted against the Association Agreement between the EU and Ukraine. The referendum was a direct result of the new Advisory Referendum Act, which allows Dutch people to initiate a plebiscite once the law is approved in the parliament. At the time of referendum the EU had signed Association Agreements (AA) with example Moldova, Georgia, Jordan or Algeria. However, GeenStijl, a right-wing news blog initiated an online petition, supposedly picking Ukraine by chance in order to teach Brussels a lesson in democracy.

During an information campaign, many voters were misinformed and did not understand that AA does not mean a fast track to the EU membership, work rights in the EU, or more money and military support for Ukraine. Moreover, the real motives of many “No” voters were homegrown and had little to do with Ukraine. The referendum became a hostage of the unfortunate and volatile political developments and crises in the EU, lack of trust towards Brussels and its bureaucrats and unelected politicians and unwillingness of some national politicians to defend the values upon which the Union was built. Through the Dutch referendum, European future of Ukraine got caught in the wave of Euroscepticism.

Political gymnastics
According to the Dutch law, the referendum is advisory in nature. However, there are a number of reasons why the government and the parliament, despite a meagre turnout of 32.2 per cent, cannot ignore its results. First of all, many officials have promised to listen to the voice of the people no matter what the outcome of the referendum would bring. On top of this, the country is entering a heated parliamentary election season, scheduled to last until 15 March 2017. The far-right Party for Freedom, with its controversial populist leader Geert Wilders, is already leading in the polls and will not miss an opportunity to point that the ruling elite is not listening to the people. This leaves not much room for manoeuvre for Mark Rutte, Dutch Prime Minister, and the coalition.

Until recently, the government adopted a strategy of “winning the time” and postponing the official response. Yet, the days of the current strategy are numbered. The government has been obliged to submit its proposal on the ratification of the AA to the parliament by 1 November. At the moment, it seems there is no way for a compromise because the Dutch Prime Minister, in attempt to offer some concessions to the “No” voters, wants to add new provisions to the agreement, a move which is strongly opposed by both Kyiv and Brussels. Such step would not only lead to possible additional amendments by other member states, but would also signify a restart of the ratification process by 27 member states, a procedure which usually takes a few years.

At the moment, the Netherlands is the only country, which wants to make changes to the Agreement. This significantly weakens country’s position. One way of persuading the Commission to amend the AA and restart the ratification procedure would be to build a coalition with other member states. This is unlikely to happen due to a relatively small number of Dutch voters who took part in the referendum and questionable motives of its initiators.

Despite the bleak outlook, there seems to be a will to find a way out of the deadlock. All sides understand the negative consequences the Dutch veto in the Council might have for the 45 million Ukrainians. The reform process in the country is very fragile and the EU is one of the most important international players offering support of the reform process. Since its preliminary application in November 2014, the AA is used as a reference point in tackling corruption, reforming justice system and adjusting Ukrainian legislation in different spheres to the EU’s standards.

There is another dangerous side-effect of the Dutch veto. The EU’s global reputation, not only in the Eastern Europe, but globally would be damaged. It would be hard for anyone to take the recently adopted ‘Global Strategy for the European Union’s Foreign and Security Policy’ seriously, if the EU member states cannot find a common ground in their neighbourhood.

The road ahead
An outcome that could satisfy all sides would be for the Council to adopt conclusions which would specify Dutch issues of concern and outline how these issues are addressed in the Agreement. If this is not enough for the Dutch voters, Netherlands could also choose to opt-out of some of the provisions of the Agreement, a practice that is not new in the EU. Ireland and Great Britain have not signed the Schengen Agreement and Denmark secured a right to choose whether it will ever enter the Eurozone. Such move would allow for the democracy to be served, Mr. Rutte would ‘save face’ before elections and the AA would fully enter into force.

Until the solution to this entangled triangle is found, the Association Agreement continues to be preliminary applied. The nature of this Agreement is such that most of the areas it covers fall under the exclusive competence of the EU, for example the Common Commercial Policy. Deep and Comprehensive Free Trade Area, which is a part of the Association Agreement, already entered into force on 1 January 2016. According to the analysis by information campaign “Stronger Together”, only 15 per cent of the AA fall within exclusive competences of the EU member states and therefore have been frozen until the Netherlands finally takes the decision about the ratification.

Whatever the Dutch government decides to do in the next weeks or months, it is important that the EU-Ukraine relations continue to deepen, with or without the ratification. It is in the interest of all, including the Dutch people, who voted against this Agreement, to see its Eastern neighbour develop economically, politically and socially, to finally break the circle of corruption and oligarchy, which will enable it to become a strong partner and defender of European values in the region.