Experts have recreated the appearance of the girl who lived 9 thousand years ago ! 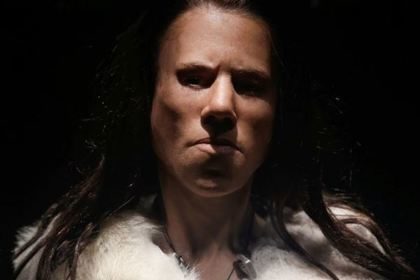 Scientists from the University of Athens has reconstructed the face of a girl, who lived approximately nine thousand years ago, according to Rus.Media. It is reported by National Geographic.

In the reconstruction of the image was attended by an endocrinologist, orthopedist, neurologist, pathologist and radiologist. Using mathematical algorithms, they are based on computed tomography reconstructed the skull of a girl using a 3D printer, and then recreated her face.

“More on how this sort of reconstruction works in my article https://t.co/CahW2s3z4F”

As a result, scientists found that the girls were quite massive collections and the cheekbones. The color of the skin and eyes, scientists have deduced from common characteristics of people who lived in this region. Age was determined by teeth — she was about 18 years old. The circumstances of her death could not figure out.

The result of radiocarbon Dating became known that she lived in the late Mesolithic era of the transition from gathering to cultivation of crops and livestock, which is considered the beginning of civilization, so the archaeologists gave her the name Dawn is from the Greek word translated as “Dawn.”

Skull Dawn found in 1993 in the cave Theopetra in Central Greece.