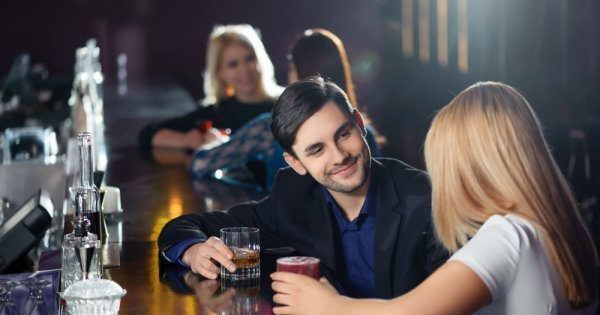 For information, the experiment was conducted, which was attended by about fifty men ranging in age from 20 to 30 years. The participants used alcohol, and then evaluated the photos of women they were beautiful and elegant dresses, reports Rus.Media.

With the help of special equipment, the scientists tracked where most men stare and how long they’ve fixed his eyes on certain areas.

It turned out that men who drank a little more stare at the bust and waist of the fair half of mankind, which they considered attractive and not very confident.

But sober men were more considered facial features cute and independent, in their assumption of the fair half of mankind. Men after drinking alcohol confident women are not particularly interested.

As the head of the study Abigail Rymer:

“Intemperate views on women lead to their dehumanization. And our society gets negative consequences. This is the reason that our society is increasingly faced with sexual violence and discrimination against women in many spheres of activity.”