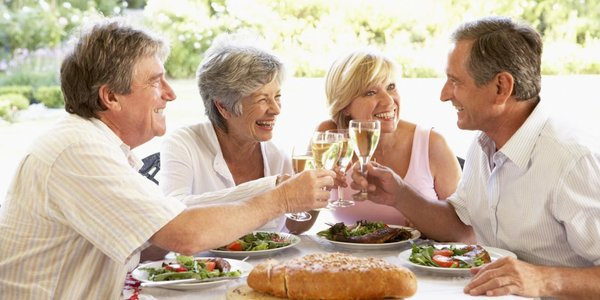 According to them, moderate doses of alcohol help to normalize the functioning of the brain, reports Rus.Media.

“Regular use of alcohol in moderation really gives a good result, and indicators of mental activity in people who have completely given up alcohol lower than those who sometimes drink,” said Dr. Linda McEvoy. The study, which she conducted showed a positive effect of alcohol consumption in relation to cognitive function in the elderly.

However, alcohol can exacerbate many diseases

Analysis of the information led the experts to conclude that regular, but moderate drinking has a positive effect on memory, mental abilities and other indicators of cognitive activity of the brain in old age.

At the same time, doctors spoke about the fact that alcohol can exacerbate many diseases and, therefore, you can drink it not for everyone. In addition, many simply do not know how to drink moderately.