Games with her husband, which can lead to divorce 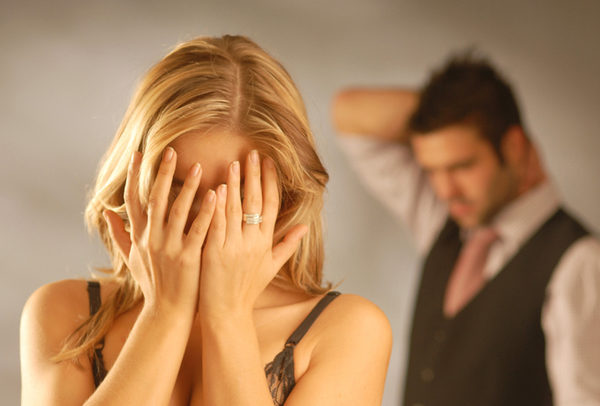 Games with her husband, which can lead to divorce
Hooray, You are “married”! Why is this word in quotes, You ask?

Answer: perhaps this is a legal marriage — officially certified sinenky stamps in the passport, the witnesses of workers of the registry office and loved ones, and maybe this is just a long, proven relationship that doesn’t require any evidence, you raise children, be quiet and happy (legal marriage) and don’t want to justify to others why.

In any case, the article is not about that.

“WHAT AM I DOING IN ORDER TO DIVORCE?”

And that happens in relationships that sooner or later even marriage (such durable, reliable and even years — which You have seen him 3,5,15 years ago) or long-term relationships with children, with property and also with the belief that it was all Ho-ro-sho) — TO HAVE DIVORCE, COSTS (actual and emotional), QUARREL (scandal)?

In working with couples I listen to a lot. Listen to them both if they come together, or one (one). Listen to someone who came who are willing to bring the problem to a third party (psychologist, priest, doctor, lawyer… etc.)

How is it that two people who love each other “suddenly” (especially taking the word in quotation marks) are really lonely, but continue to share space? How long are we not able to admit to yourself that the relationship ended? How painful we feel in the body of the void? — in-depth questions and answers at once to find them. But even harder question: “WHAT am I DOING in order TO DIVORCE?” (Yes, You read that right it happened).

Because You ask about what You do to keep it — You will find many explanations, but ITS contribution TO the QUARREL, DISORDER, CONFLICT — very few people are looking for.

Below I will describe the basic game is played with partners, so that eventually their relationship was utterly DESTROYED:

What is the game from the point of view of psychology?

The term “game” introduced by E. Bern (American psychologist and psychiatrist. Known primarily as a developer of transactional analysis and scenario analysis)

The game is fixed and unconscious pattern of behavior that includes a long series of actions.

Why do people play games?

Games take up our time and avoid justice; and support our scenario (fate, karma, destiny — call it what you want. I’ll stick to professional terms); allow to distort reality and to other negative payback.

Decryption of the games, their awareness is the quality of your relationships with the world, myself, my husband, my partner.

So, disassemble casesubscribe games between partners in a relationship.

Do not give soup, sex, intimacy, tranquility…

Instead of trying to clarify a conflict situation, if it arose, one of the partners (spouses) is offended and puts limitations in place for the second.

Often to pet his resentment, gently roll it in a ball on the chest…

And how difficult to part with it?

How terrible to be in the vicinity?

Of course! So it’s easier to play in limit than to clarify.

The result of the game: one partner sincerely believes that “re-educated” another goal that will change their mind and ask for forgiveness. And the second is getting all on the side. For example, there is sex (this is the basis of infidelity).

Game No. 2 “silent” or shut situation.

Instead of discussing the argument, compromise, release, say the conflict one begins to be silent, to ignore, to pretend that not talking to him, leave the room, etc.

Well, do not say anything.

Total games: so the wife or husband can remain silent for WEEKS (and there are clinical cases where silent for months), creating around himself still a big gap.

Guess how I hurt…

Guess not as bad…

Guess what I’m angry at you… Wow…

Instead of talking about yourself, your feelings one partner pouts her lips and says all the “what do you think?” “What’s it look like?”…”Might think, to anticipate, to see. to guess and so on to infinity…

Yeah, you live and, apparently, a telepath, no less!

All around just have to know what YOU feel!

The result of the game: so the family doesn’t talk about feelings either, nor the other. So growing emotional rejection.

The exchange of pleasantries, recall the old offense…

The name “Ping-Pong” I came up with, during one family counseling. Husband and wife entering the room wonderfully sat… not together! And opposite each other, as if preparing for something. After a while I realized what they were preparing. They pulled the racket-words and aptly began to attack each other. Pro! What can I say! To be a judge, I never dreamed to be and I showed them this game. Right in the office.

The result of the game: to drain the slop, anger, irritation on the other, and whoever can do that best “winner.” Although which is the winner you can tell?