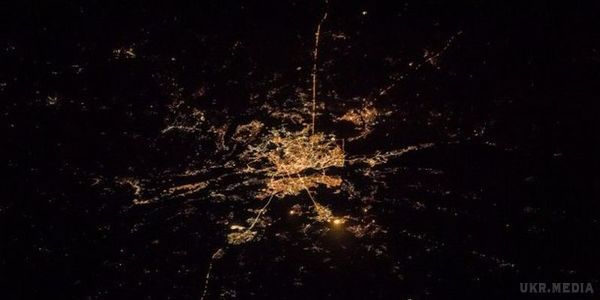 American NASA astronaut Randy Bresnik, who is now as a flight engineer aboard the International space station, showed online photos of a night in Kiev, which is illuminated by thousands of lights and creates an incredible picture that fascinates, reports Rus.Media. The photo he posted on his Twitter page.