HIV : “We are breaking the backbone of the epidemic” 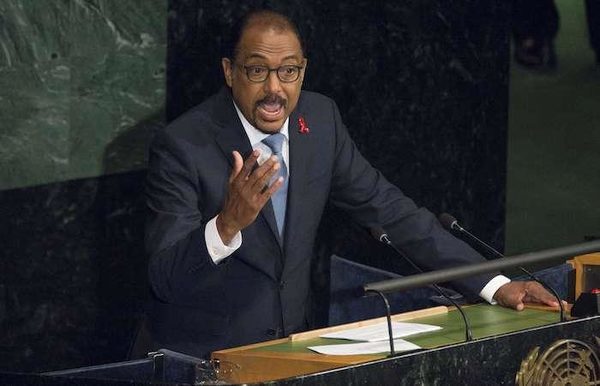 Without shout to the victory, the frameworks of the fight against HIV/aids will allow, for the first time, go to the optimism. The last balance sheet of the epidemic, made public on 20th of July by Unaids, more than justifies this enthusiasm.

Among people living with HIV, one out of two benefits from antiretroviral treatment, which can control her illness. Never seen that before. And this better care has had a major impact on the lives of hiv-positive people, whose life expectancy has extended 10 years of age.

At the same time, the curve of the epidemic has stalled. The number of new diagnoses has decreased by 29 % since 2010. Aids-related deaths have fallen by 42 % over the same period.

The world is therefore on track to achieve the key objective of Unaids : 90-90-90. In other words, that 90 % of people with hiv are notified, that 90 % of those are treated, and that 90 % of these had a viral load suppressed. 7 countries have already achieved this year : Botswana, Cambodia, Denmark, Iceland, Singapore, Sweden, United Kingdom.

Conversely, some regions are distinguished by their difficulty coping with the epidemic, such as eastern Europe or West Africa. Michel Sidibé, executive director of Unaids, and draws lessons from these figures.

The progress has been huge against the HIV…

Michel Sidibé : For the first time, the report shows that we are in the process of breaking the spine of the epidemic. The 50% reduction of aids-related mortality, it is the success that it was expected for years. Thanks to the civil society, innovation and solidarity, we have been able to turn the fight, while preserving the human rights and lowering the price of the drug.

This has allowed us to place more people on treatment. In 2003, only 4% of the population was under treatment. Today, 19.5 million people are treated. This is a great victory, to celebrate.

What are the improvement areas ?

Michel Sidibé : In eastern Europe and central Asia, there is a rapid increase in new infections. Over the past 6 years, the increase is 60 %. The only Russian federation brings together 80 % of these new cases. And unfortunately, in West Africa and central Africa, the progress is not as fast as in East Africa or in southern Africa.

What is it that explains this ?

Michel Sidibé : The epidemic is concentrated in key populations, and we have a lot of difficulty integrating them in the fight for a better coverage. The existing laws don’t give them the chance to access the services. So, they hide and continue to infect their partners. To change these laws, it must be a political leadership at the highest level.