Honor: A 7 inch tablet certified by the TENAA! 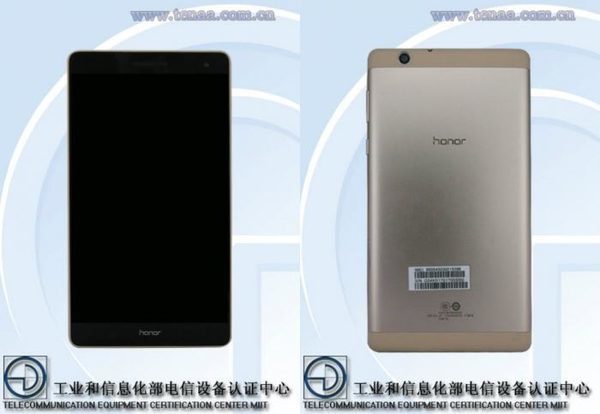 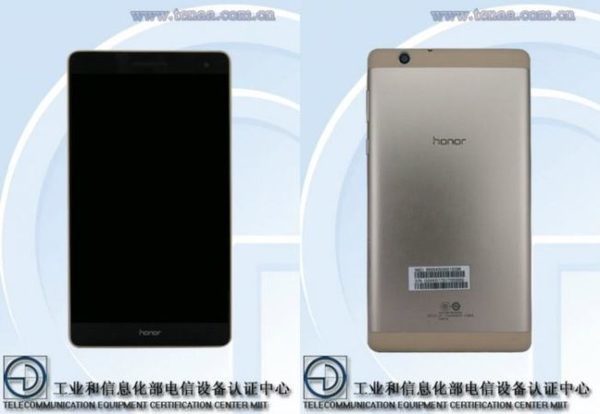 Honor could soon market a tablet at a low price. Its design and characteristics have just leaked on the TENAA, which certified it.

Earlier in the week, meltyStyle told you that the Honor Note 9 technical sheet had leaked . The smartphone would be equipped with a big battery, a powerful processor and a dual lens, among others. But as cool as it may be, Note 9 is not the only product on which Honor is activating right now … It is also the case of a tablet, which has just appeared on the TENAA . It is listed under the model name BG2-UO1, but the name it will adopt for its entry on the market is still unknown. While waiting to tell you more, we propose you to discover its design via images shared by the certification body equivalent to the FCC.

Honor could soon release a tablet
Featuring an all metal design, the future tablet of Honor would have a 7 inch screen with a resolution of 1024 x 600 pixels. It would have a quad-core 1.4 GHz processor – whose brand name was not mentioned – with a 2 GB RAM and a 16 GB storage capacity expandable by microSD. It would also have a non-removable 4000 mAh battery, and would run Android 7.0 with EMUI overlay. Available in gray and gold, the tablet would be worth less than 150 euros . A very affordable price that should delight his fans. In the meantime, you can shoot the Black Honor, which will be available in mid-August .