In Germany, they discuss the sexual life of soldiers 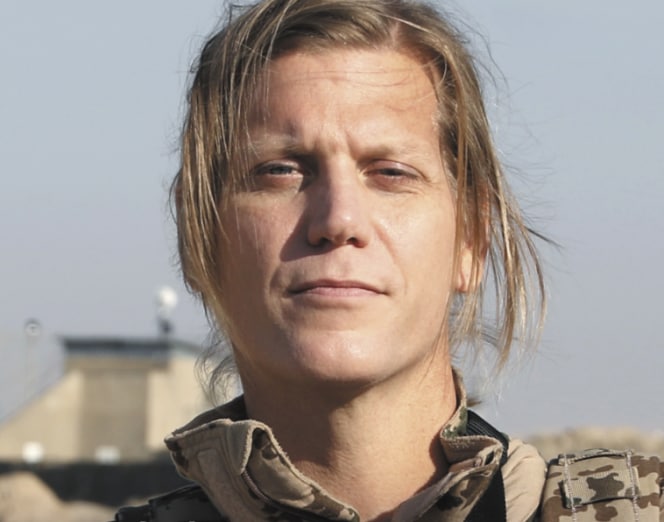 At the end of May, the Federal Administrative Court rejected the appeal of the lieutenant colonel of the Bundeswehr for a reprimand imposed because of her profile on Tinder. The case is moving in a political and associative plane.

Nowadays, there is a lot of talk about the German army, and not only because of the special fund of 100 billion euros allocated to it by the Bundestag on Friday, June 3, by an overwhelming majority of votes. If the Bundeswehr is mentioned in the news, it is also because of a seemingly anecdotal case that actually raises a fundamentally political question: does a soldier have the right to the same sex life as any citizen?

Obviously, the answer is no. Anastasia Bifang learned this the hard way. On May 25, the Federal Administrative Court rejected the appeal filed by this 47-year-old lieutenant colonel against the charges laid against her by her superiors in 2019 because of her Tinder profile. It read: «Straight, sensual, trans*, in a free relationship, looking for sex. Representatives of all genders are welcome».

In this profile, she, who at that time commanded the 381st communications battalion of the Bundeswehr near Berlin, did not mention her profession. But this did not prevent her identification. I must say that Anastasia Bifang enjoys a certain fame in Germany, in particular, thanks to a documentary film that director Thomas Ladenburger dedicated to her in 2019. Released in cinemas under the title Ich bin Anastasia («I am Anastasia»), telling the story of Lieutenant Colonel of the Bundeswehr Anastasia Bifang. The film tells about who in 2017 became the first openly transgender woman with a senior officer rank in the German army.

In its decision, the Federal Administrative Court considered that such a Tinder profile contradicts «the code of good behavior that a soldier must observe outside of his service, especially when it comes to the battalion commander, who has about 1,000 people under his command, and understand responsibility for the words and images he uses on the Internet».

For this reason, the court writes, «it is necessary to avoid formulations that can create a false impression of promiscuous sexual life and lack of honesty of character. For an astute observer, the terms «open relationship, desire for sex, any gender is welcome» can really call into question the required integrity of character, so this formulation could be the subject of censure».

The decision caused a lot of reactions, both legal and political. In a lengthy article published by the online magazine Legal Tribune Online, lawyer Patrick Heinemann, a member of the German Society of Military Law and International Humanitarian Law, describes the court’s arguments as «extremely problematic».