In India discovered the ancient figure of the supernova explosion 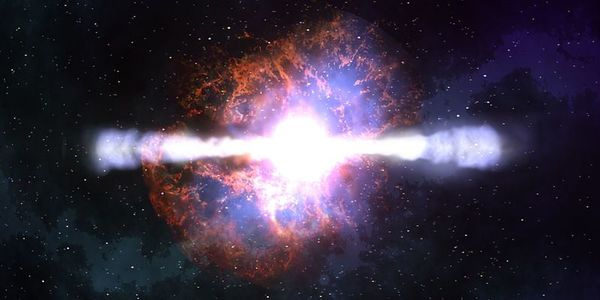 In India discovered the ancient figure of the supernova explosion
Archaeologists have deciphered the story of rock drawing, which depicts the explosion of a star in intergalactic space.

In India discovered an artifact that sheds light on global processes in the Solar system occurred not more than 10 thousand years ago BC, reports Rus.Media.

Archaeologists have deciphered the story of rock drawing, which depicts the explosion of a star in intergalactic space.

According to scientists, they found a cave painting may not be a figment of the imagination of ancient man, since abstract thinking was not peculiar to the representatives of mankind of that epoch.

First, archaeologists have determined the “intent” of the ancient artist, as the image of a powerful lightning bolt, which was not uncommon in the atmosphere of the time. Then, after consulting with astrophysicists revealed the facts that coincides with the cosmological theories of the Universe.

The explosion was so powerful that it was visible from the surface of the Earth, and that was the source of inspiration of one of the first painters of humanity.