In new York began to hold classes “naked” yoga In the World : Vladim 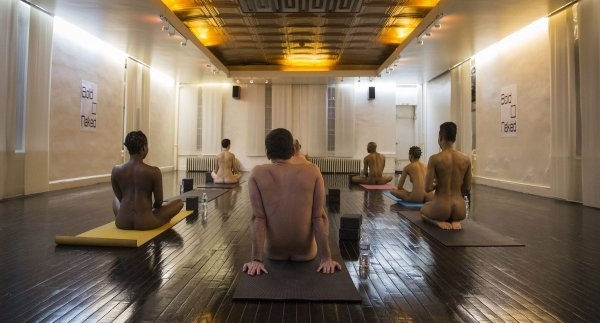 Yoga is very popular among residents of large cities. An unusual activity was organized by the American company Naked in Motion in new York. 15 – $ 25 you can train in the Nude.

Naked in Motion invited the new Yorkers to do unusual yoga. In training you need to have a towel or Mat, a requirement also included a lack of shyness and the desire to improve yourself. Everything else, on the idea of the company, are to be rejected, including clothes. The only exception is for women and transgender people who can be in shorts. The activity “naked” yoga is from 15 to 25 dollars. Some customers say the company that drew attention to the Indian practice only because of its unusual style.

Media noted that naked yoga has a great demand among the inhabitants of the American metropolis. Groups are engaged for 15 – 30 people.