In Spain, the volunteer helped the nursing home win the lottery of 10 million euros 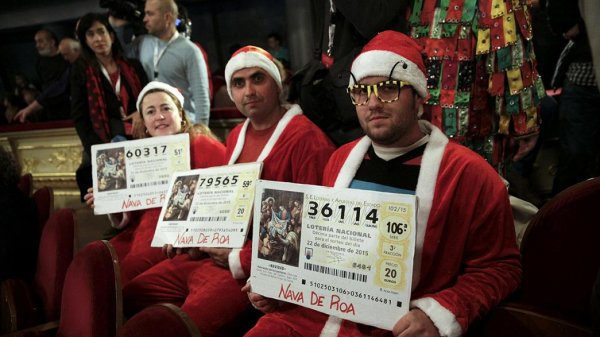 In Spain, the volunteer helped the nursing home win the lottery of 10 million euros. This happened in the village of Campo de Criptana where booming unemployment. Information about the incident spread by the Spanish media.

A man working as a driver on the car long distance. In his spare time he helps out at the shelter for pensioners who were left without relatives. The volunteer took part in the draw of the Christmas lottery. A volunteer has purchased 30 tickets, two left, many more were given to the brother, and the rest handed over to representatives of the administration of the nursing home. In the end, donated by a volunteer to the shelter of paper was a winning one. Total remuneration amounted to EUR 10 million.

Spain is traditionally held the draw of the Christmas lottery since 1812. The match organizers did not abandon it even during wars. The prize Fund of this lottery is the largest on Earth today.