In the Pacific ocean caught a scary shark Viper 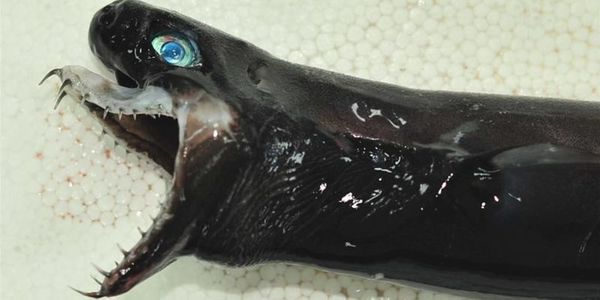 Still a lot of unknown creatures lives in the ocean, reports Rus.Media.

Experts constantly are engaged in search of unknown creatures. Thus, the scientists managed to catch in the Pacific ocean a shark that resembles a snake. A find they found off the coast of Taiwan.

After its study found that the shark may make the jaw outside the mouth, which gives her the ability to swallow relatively large fish whole. To many she seemed like a “xenomorph” from the fantastic movie “Alien”.

As you know, this kind of sharks are already known to science. First found in 1986. Scientists managed to establish that these ocean creatures live at depths of 300-400 meters, and at night float to a depth of 150 metres where you hunt.