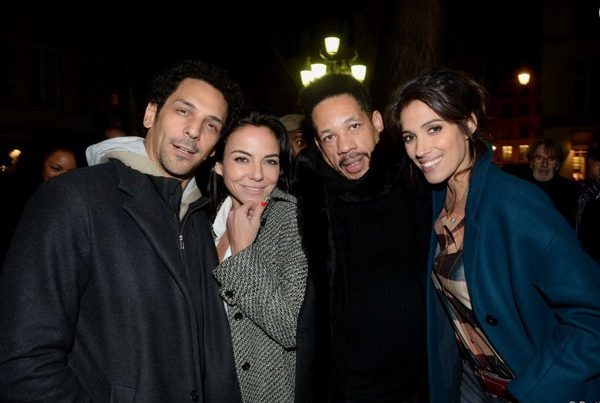 On Thursday, the actor and singer inaugurated the exhibition dedicated to him. 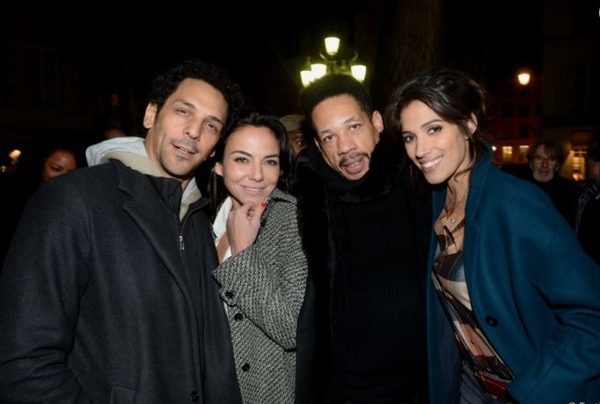 From December 2 to 11, the exhibition Punk Funk Hero dedicated to JoeyStarr be held at the Gallery ArtCube of Paris, in the trendy district of Saint-Germain-des-Prés. On the occasion of this unique cultural event opening, the French actor and singer could count on the presence of several personalities, all came toast in his honor Thursday, December 1st.
In great shape, one that has also released November 10, his book Thoughts, replicas and other tac-tac (Editions du Cherche-Midi) and is preparing a new album appeared in a large black cloak to pose in front of the works . Glasses screwed on his nose, the young father then found the company of his friends and colleagues. Laurie Cholewa , Tomer Sisley and Sandra Zeitoun ( engaged for just a few weeks ) or Hapsatou Sy and actress Alice Belaïdi had assured the trip.
Accomplice and cheerful, the band has also crossed paths actors Grégory Fitoussi and his brother Mikael, Maximilien Seweryn, the painter Marie Field, photographer Renaud Corlouer, actors Patrick Bouchitey, Jean-François Dérec and Stéphane Ferrara, boxers Franck Tiozzo and Fabrice Benichou, presenter reporter Thomas Misrachi, the writer Tristan Banon (coming to the arms of his companion Pierre Lefevre) but also the host and photographer Nikos Aliagas .
Active on social networks, JoeyStarr had not hesitated to do some advertising on his Facebook account, the eve of the opening of his exhibition. The most seasoned fans should be at the rendezvous!