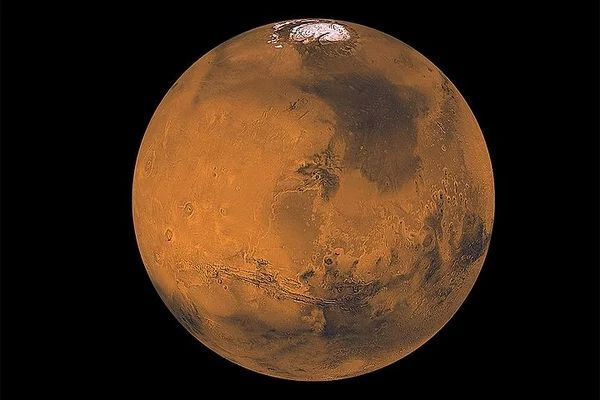 Mars was a planet-migrant
After earth landing spacecraft on Mars and the discovery on Earth of meteorites of Martian origin, the question arose about why the Red planet is so different in composition from ours.

An international group of scientists explained the profound differences in the composition of the Earth and of Mars that the Red planet was formed, not where it is now, but much later — in the Main asteroid belt, reports Rus.Media. Then she migrated inside the Solar system, which explains the weirdness in it. The corresponding article was published in Earth and Planetary Science Letters.

After earth landing spacecraft on Mars and the discovery on Earth of meteorites of Martian origin, the question arose about why the Red planet is so different in composition from ours. For example, silicates, discovered it in density greatly inferior to earth. The composition of the solid planets formed so close to each other, as Mars and Earth in theory should be very close.

Authors of new work have tried to simulate the process of formation of the two planets in the framework of the hypothesis of a Large maneuvering. Is today the dominant explanation underlying oddities of the Solar system — for example, the fact that the mass of Venus and Earth is many times greater than Mars. According to this hypothesis, Jupiter and Saturn during gravitational interaction with each other and with the Sun first migrated closer to the sun up to the present orbit of Mars — and then came back. On the road they are like “vacuuming”, cleared the area of the Main asteroid belt from protoplanetny small bodies, then there is never formed new planets. Along the way, partly “smoothed out” and the orbit of Mars, why its mass is nine times smaller than the earth.

However, in several percent of cases in the simulation researchers was that Mars was not formed where it is now, and in 1.5 times farther from the Sun in the Main asteroid belt. In this case, he really needs to be less dense. Due to the “gravitational vacuum”, in the form migrated through the belt of Jupiter, the most heavy and dense protoplanet body was captured there. Therefore, the share of young Mars got only the lightest silicates.

Then, due to gravitational instability from the passage of the major planets, Mars has migrated closer to the Sun. This may explain why the early Mars was warmer today and there was more water. The asteroid belt farther from the Sun and water ice evaporates out weaker sunlight. So first the young planet had more water and light gases. Then she lost the main part under the action of the solar wind in the absence of a protective magnetic field.