Minesweeper and surgery scientists have created a unique robot 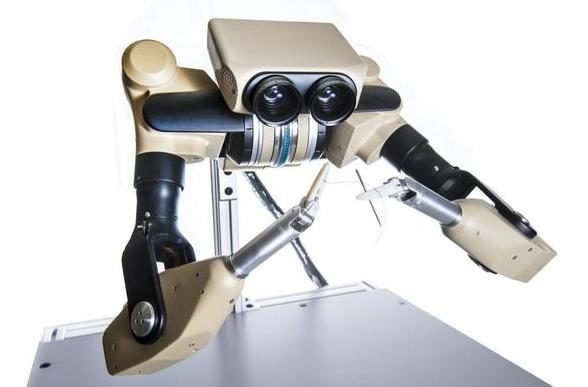 Minesweeper and surgery scientists have created a unique robot
Developer of mobile assistant Siri has created a robot that can be controlled through virtual reality glasses.

Company SRI International, which created a mobile application Siri, is developing a robot that can perform the functions of an engineer or surgeon. About it writes Rus.Media.

The working title of job Taurus, it weighs 6 kg Control it will be using points of virtual reality (VR).

A working prototype of the robot is ready. He can use a scalpel, a needle and a screwdriver. Two cameras between hands give the operator the ability to fully see and control the robot actions. In addition, the available operator variables such as temperature and pulse rate.

So far, the robot was developed in two tasks: remote bomb disposal and surgical procedures.