Musk has posted a video with my Tesla in orbit (Video) 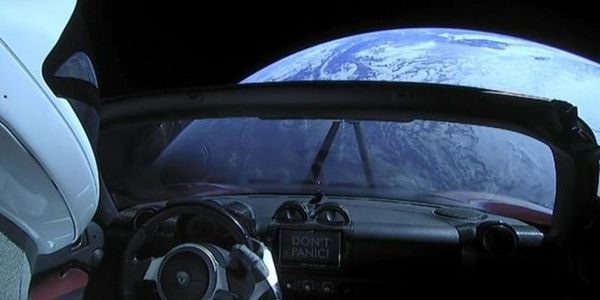 Personal car of the head of SpaceX appeared in the space in the cargo Bay of the launch vehicle, the Falcon Heavy, reports Rus.Media.

“View of mission control center SpaceX. Apparently, there in orbit of the Earth is a machine”, – has signed a video Mask.

“View from SpaceX’s Launch Control. Apparently, there is a car in orbit around Earth. https://t.co/QljN2VnL1O”

Head of SpaceX Elon Musk has placed in the cargo Bay of the rocket your own personal Tesla Roadster, which sits behind the wheel dummy Starman. The plan is for the Mask, the car will be removed from the Earth about 400 million kilometers and can fly at a speed of 11 kilometers per second.

Earlier, the private company SpaceX launched the most powerful rocket in the world with your own car, Mask on Board. The carrier rocket Falcon Heavy launched from Cape Canaveral at 22:45 in Kiev.