“My ideal girl”: what men want 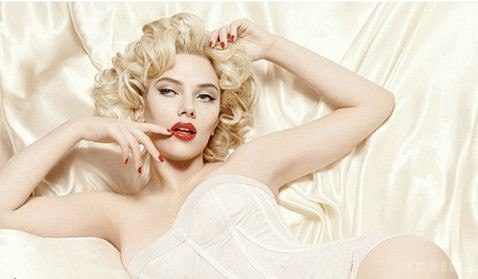 “My ideal girl”: what men want
About how young bachelors imagine a woman in love.

I have a few friends who are, in fact, similar. A handsome man in his early thirties, athletic, smart, have a good job and all unmarried. Any pitfalls I’m not friends with anyone. People attractive externally and internally. Loneliness occurs not from a lack of contenders. So one day I asked them what should be the girl they would agree to live and have children, reports UkrMedia.

Almost immediately was heard the word “dialogue”. I want a woman with whom you can talk. The definition of “clever” does not explain anything, rather confusing, because in fact, except for intelligence necessary ease of communication. When you can talk about everything, not very much is necessary to explain (or she can quickly Google strange words, he knows how), the conversation is like ping-pong, not a pillow fight. And I need more than one wisdom and a willingness to discuss the relationship, but the curiosity about the world in General.

It is important to share not only thoughts but also emotions, to laugh or empathize with each other. Closed, dark, cold person seem attractive only in the tales of snow maidens. Of course, women are not obliged to be fully open, talkative and hyperexcitable, but “it must be warm”.

Everyone knows that men prefer not to guess the mood of women, and to listen to clear requests or dissatisfaction. It is assumed that for two adults, there are few things that are obvious a priori. Each had his experience, his understanding of the norms and rules. So will have to negotiate everything with, in what position to fall asleep, and ending with those who will go on vacation for child care. And the ability to Express their needs and to be respectful to others — is highly valued.

As for money, the interviewed young men expect some parity. They don’t mind to invest more in entertainment, and then in the family budget, but expect that the girl will assume part of the costs. In the period of courtship can give you a great confidence that they are not used, and if the joint life is simply easier when one pays the rent, and the other nutrition, for example.

The point about looks not surprised: cute, slim, seductive, sexy with similar requests. With regard to age, for the relationship is good any (within reason), but if it is about family and children, it would be better if the woman was younger.

I asked about asymmetrical relations, when one of the pair loves very much, and the second just good. No, it is banal I want to love and be loved, and it seems to me a sign of mental health. Of course, if the person agrees to become an object of worship, it is infantile. And the willingness to live with the indifferent woman suggests some mental stupidity. To love something he loves, but what she feels, he doesn’t care.

Opinion was divided when I came to the General concept of the relations. Relatively speaking, there are female partners and there are women-catalysts. In the first case, there will be a lot of friendship, cooperation and mutual development. And the second woman is more of a Muse, revealing to the man a potential of becoming a tool and a prize at the same time. I think this is a somewhat outdated approach (or it is more common in other age group).

I have also heard a theory about people-the key: when you have something like a table with lots of drawers, and other people for your keys. Man the more valuable, the more your drawers he can open, which means, the brighter you will be able to use it to manifest itself. Someone is able to find caches, which you did not know existed. There are people-latchkey vkladyvayasj where they did not expect. There are people-crowbars, able only to destroy and plunder.

After listening to all this, I thought that the cause of freedom these men — in request for a quality relationship. They want a busy interaction, which not every person can withstand. But they agree to wait, they have no bitterness, and to speak more about the search than about loneliness.