Mystery of the ancients dolmens (photo) 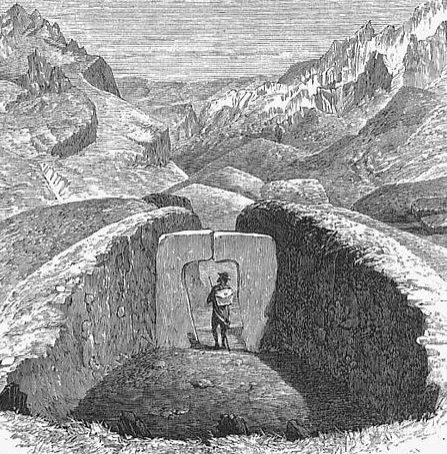 Mystery of the ancients dolmens (photo)
Dolmens – one of the most amazing mysteries of the world. Huge stone constructions flawless geometric forms, built thousands of years ago, who and what created them?

What the ancient people need to make great efforts in cutting down, complicated “transportation, processing solid blocks of stones and their incredible precision installation in strict order? The answers to these questions yet.

Called Dolmens, ancient megalithic (from the Greek word “mega” is huge. “cast” – stone) structures of a certain shape. In the simplest case is the three stones set in the shape of the letter P.

The origin of the word “dolmen” is associated with the historical error:

French archaeologist water, did not know the true age of the structures attributed them to the Celts ,Celtic language “dol” means table, “men” – stone).

In fact, the dolmens are much older: from 8000 years BC in India to 1400. to the n. E. in the Caucasus. Although the Dating is inaccurate, and scientists suggest that the building may be even older.

Dolmens can be seen in England, Spain, Portugal, France, Germany, Africa and even in India and Korea, many of the surviving dolmens in Russia and the Northern Caucasus.

Every giant easily broke open the stone slab in the mountains and putting it on his shoulders, carried to the construction site. Instead of doors in the face plate punched a hole in the shape of a rectangle or an arch. Through them, the dwarfs had allegedly entered the “house” astride hares.

This is just one of many legends about the origin and construction of the dolmens. Which was a real method of their construction and purpose – scientists still only speculate.

Many of the dolmens discovered burial: ancient bones, household items – arrowheads, amber beads, flint axes, shards of ceramic ware. All these findings belong to different historical eras-from the Neolithic to the middle Ages, so to determine the exact period of the origin of dolmens difficult.

But the version on the use of them for ritual purposes has found many supporters.

In her favor is the fact that sometimes the builders imitated the entrance with fake traffic, while the original one was on the other side.

It really is like trying to protect from desecration the graves.

And if so, it’s understandable why the entrances oriented to the cardinal – so ancient people performed religious rituals associated with the cult of the dead. However, many modern scholars say that to arrange a burial in dolmens began much later, when the original purpose of the mysterious structures have already forgotten.

Sometimes on the roofs of dolmens found round platform with the edges, I cast a shadow in clear weather.

It is not excluded that in this way the priests watched the Sun and made a calendar.

And maybe these heavy stone structures served as a symbol of the power of the people, such as temples or tombs?

About how the builders of the dolmens moved the stone building, there are a lot of assumptions.

Some researchers are convinced that the dolmens were collected from erratic boulders, carried by glaciers over long distances. The builders moved natural blocks on wooden rollers with the help of leather belts and to install the top plate there was a mound of sand and clay.

Perhaps a certain number of dolmens and could be collected in this way. But it is very doubtful that the last ice age left our ancestors hundreds of thousands of identical plates with a size of 2×3 meters.

Most likely, the builders of the mined material in the quarries.

Trying to solve this mystery, scientists set up an experiment with the construction of the dolmen. The experiment showed that the erection of stone buildings people need is not so much needed and also the ability to use simple tools. But then why this way did not build other structures? Why were the dolmens in such quantities?

Experimenters believe that everything is quite trivial: the dolmens were used for storing food and weapons. Unfortunately, this hypothesis is weak – the dolmens are located very far from the alleged places of settlement.

But every year scientists get more reliable data that will one day help solve the mystery of the dolmens.