Named the most expensive smartphones in the world 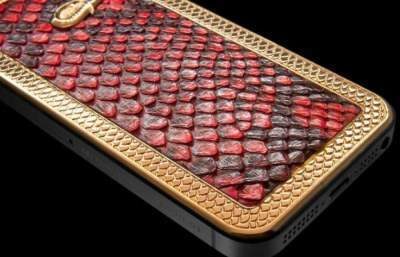 Named the most expensive smartphones in the world
Each of them astronomically expensive.

A few decades ago, the mobile phone itself was a luxury item. Today is not just a phone, but a smartphone is almost everyone. With the spread and popularization of this kind of gadgets, which not only changed the status of its availability, but also approaches to luxury. Smartphones can still be a luxury, only for that they have to “plunge” in gold and diamonds, reports Rus.Media with reference to news Yu

This miracle was made many years ago by Austrian jeweler Peter Aloisson on special order. The price of this smartphone is 2.4 million dollars, which makes it one of the most expensive smartphones on the planet even today. The device is made of yellow, rose and white gold. Telephone set with 139 diamonds, one of which weighs 5 carats.

The creation of this phone took ten months, and needed painstaking work of several jewelers. Made an unusual smartphone price of 3.2 million dollars the Atelier of Stuart Hughes. According to some, Goldstriker made into one piece for some rich guy from Australia. To create an unusual image had to use 136 diamonds and 271 grams of gold. Also under Goldstriker put together a special storage box that is also adorned with jewels.

The creation of the Atelier of Stuart Hughes. The phone created by a team of highly qualified craftsmen. The name is not ambiguous indicates that the main feature of this old iPhone 4 is the presence of diamonds, which in the case of exactly 600. The case itself is cast from rose gold. The phone was made in the single copy by request of one of the millionaire. Pushbutton made of platinum. The cost is $ 8 million.

Buy this miracle can be about 15.3 million dollars. At the time this smartphone was recognized as the second most expensive in the world. He made the jewelry Studio of Stuart Hughes. Remarkable aspect of the design of the smartphone is a reliable sapphire crystal glass that protected the screen. Gold case weighs 135 grams. The home button is decorated with a rare black diamond worth $ 14 million. In addition, the smartphone is about 600 stones.

Still this smartphone is one of the most expensive on the planet. It was made by the jewelry company Falcon Luxury Group. All these smartphones released on 21 thing. The price of one such exclusive device ranges from 1.6 million to 48.5 million dollars. This cost is due to the use of gold and platinum to create case and inlay are incredibly expensive and rare stones in the body.

The device comes with a 5 year warranty and access to special service jewelry company.