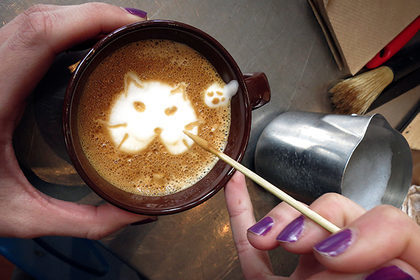 NASA creates an alien submarine
NASA, in conjunction with scientists at the University of Washington will develop a submarine for the study of hydrocarbon reservoirs on Titan,

NASA, in conjunction with scientists at the University of Washington will develop a submarine for the study of hydrocarbon reservoirs on Titan, reports Rus.Media. Submarine plan to launch to the moon of Saturn for over 20 years. About it reported in a press release on the website Phys.org.

The researchers mimicked the conditions on Titan in a cryogenic laboratory, because the temperature at the surface of a celestial body is minus 170-180 degrees Celsius. In the test chamber was added a liquid mixture of methane and ethane. It was loaded a small heating cartridge, in order to understand how heat from the submarine will affect its hydrodynamic characteristics.

It is believed that the heat generated by the machine, will lead to the appearance of nitrogen bubbles that can interfere with the maneuver, shooting, and working with ballast systems that are pumped or pumped overboard liquid.

In addition, scientists have developed a special video camera and optical device called a borescope. It can work in extreme conditions, including low temperature and high pressure. During the experiment it was also found that in the presence of nitrogen in hydrocarbon reservoirs Titanium fluid freezes at minus 198 degrees Celsia, this means a low probability of collision of a submarine with an iceberg.