Nokia 6: Its release in Europe is precise! 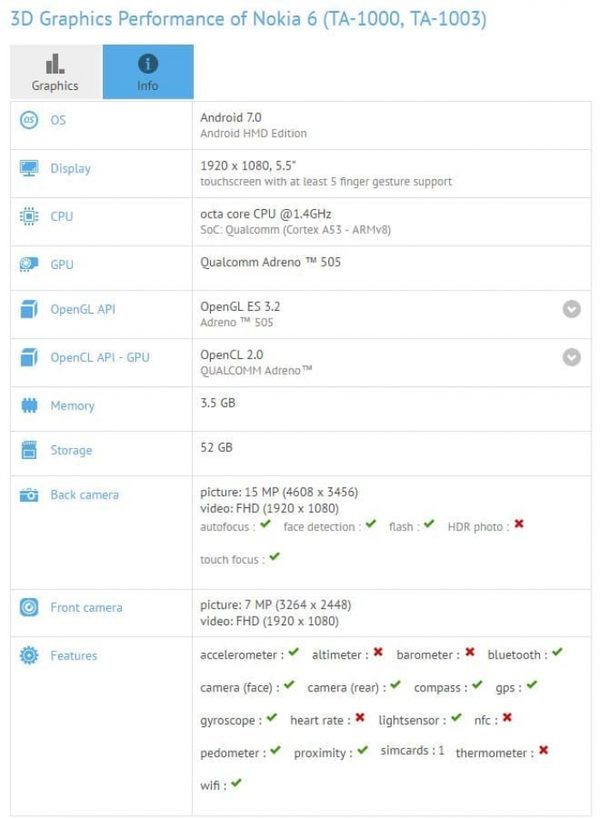 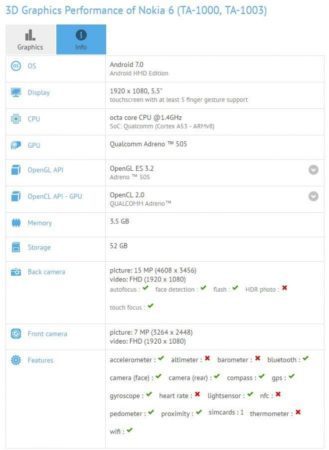 The release of the Nokia 6 in Europe is more and more credible! The TA-1003 variant of the device was once again seen on GFX Bench.
In early January, HMD Global formalized the Nokia 6 Nokia’s first Android smartphone . Provided with a correct technical sheet without being sensational, the device of entry-level has nevertheless demonstrated several qualities. Its 5.5-inch Full HD display, 3000 mAh battery, 16-megapixel rear sensor and neat design are all points that have been appreciated, especially since it will be marketed only at 1699 yuan (About 230 euros) in China. Over there, more than a million people have already registered for the sale to be held this Thursday. But no jealousy, you will surely soon have the opportunity to also get yourself the Nokia 6.

The reference TA-1003 would correspond to the international version of the Nokia 6
Last week, a document from the Bluetooth Qualification Board suggested that the Nokia 6 could eventually be marketed internationally . A rumor that still gaining credibility with the document published on GFXBench that Phonandroid relayed. The TA-1003 once again accompanies the official TA-1000 in China. Without a doubt, it means that the Nokia 6 well will point the tip of his shell in Europe, and therefore in France . No date has yet been mentioned for the moment. But we advise you to open your ears during MWC 2017, which will be held late February-early March in Barcelona. Interested in the Nokia 6?