Obama in the image of Santa Claus congratulates children 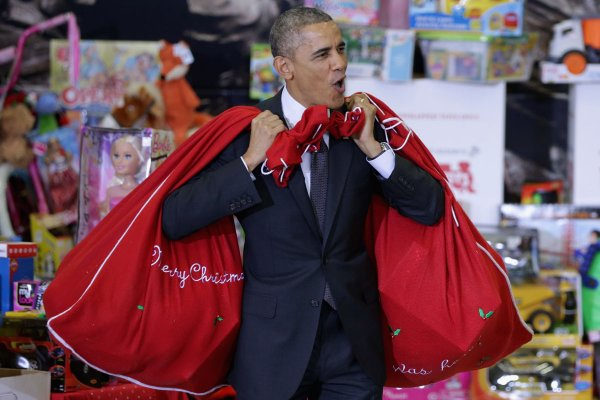 The former head of Barack Obama in the image of Santa Claus greeted the children from the center of the organization Boys & Girls Club. The former President gave the inmates gifts. This was reported by ABC.

Today it became known about the visit of Barack Obama to the children’s center Boys & Girls Club. Former U.S. President congratulated the students of the organization with the upcoming holidays in the image of Santa Claus. After presenting the gifts Obama gave valuable teachings to the children. During the meeting, the former head of state took a few photos with the children from the centre. Commenting on the incident, Barack Obama said that doing something good for others, he begins to feel better.

British Prince Harry has interviewed former US President. Meeting men was held in the early fall of this year Toronto. Program with a member of the British Royal family and Barack Obama will be aired on BBC Radio 4 for 27 Dec.