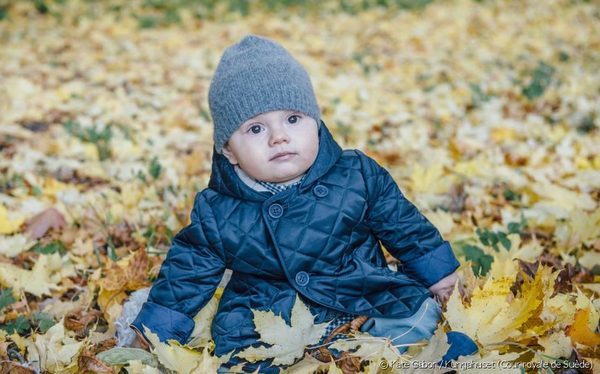 Each turn of play in the leaves! 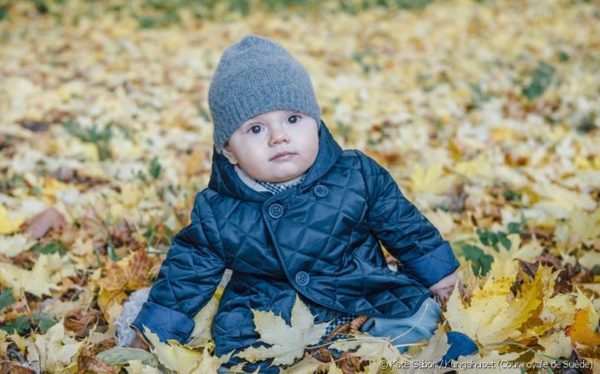 It was well noticed: in recent months, the Princess Estelle Sweden no longer has the exclusive crisp pictures broadcast by the court. If the 4 year old daughter and a half of Crown Princess Victoria and Prince Daniel remains a true star, sparkling in each of his appearances , he must nevertheless share the media presence and the love of the audience with his little brother Prince Oscar who was born March 2, 2016.
Thus, it was he who took over this year to introduce some Swedish autumn wishes in favor of a new official photo – the first since those of baptism, May 27 – performed by Kate Gabor, official photographer the little family. Oscar, 8 months, appears just sitting in the middle of dead leaves in the park of Haga Palace, the residence of the heir couples, all wise and peepers wide open. A striking replica images of the Princess Estelle at the same age, carried out in 2012 in exactly the same circumstances.
The opportunity to see the undeniable family resemblance, especially in the eyes.
Since then, Princess Estelle has had other opportunities to shine in shooting autumnal walk a wheelbarrow into a pumpkin in 2013 and venturing to the edge of the water in 2015 . This time it hands over to his brother, but no doubt she will not leave his place in the pictures of the festive season!
Note that both were in any event preceded by their cousin Princess Leonore Sweden in early October, the girl was celebrating the arrival of fall via a photo taken home that his mother Princess Madeleine shared as she has used on its Facebook page.
Images that are a pleasure to see as the agenda of the Princess Victoria sounds particularly hollow in the fall, probably very focused on his family life.