Outstanding opening in 2017 is of extraterrestrial origin 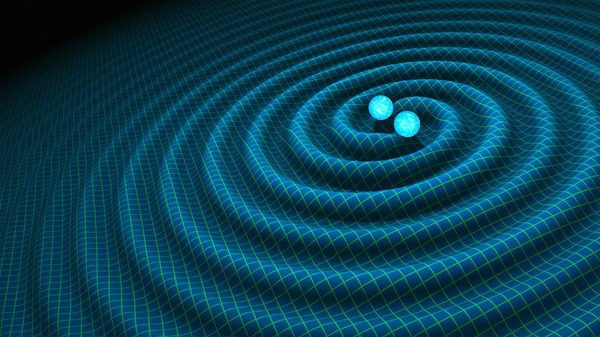 Outstanding opening in 2017 is of extraterrestrial origin
The journal Science described the discovery of gravitational waves from the merger of two neutron stars the greatest discovery of the year in the scientific environment.

About the discovery of gravitational waves generated by the merger of two neutron stars, it was reported on August 17 this year. The objects are located at a distance of 113 million light-years from Earth, reports Rus.Media.

It is noted that this discovery confirmed a number of key astronomical models, identified deposits of heavy elements and to examine the General theory of relativity.

At the same time, the most outstanding discovery of the year by the readers of the journal was the work of Danish doctors who managed to cure children from atrophy of the back muscles using gene therapy.

The list of discoveries, selected by the journal also includes two findings related to the evolution of man: discovery of a new species of orangutans and the statement that mankind has existed for at least 300 thousand years.

In addition, the authors of the rating noted the development of drugs that can cure multiple types of cancer, a new system to edit DNA, commit the most rare variant of the collisions of neutrinos with the nuclei of atoms and the discovery in Antarctica of air bubbles age 2.7 million years.

For the first time gravitational waves have been detected by the detectors LIGO, which was announced in February 2016. They were generated by a pair of black holes merging, whose mass is 29, and 36 times greater than the sun, at a distance of 1.3 billion light years from Earth. For a split second about three solar masses has turned into gravitational waves, the maximal radiation power of which was about 50 times more than the entire visible Universe.

Gravitational waves — a direct consequence of the equations of General relativity, proposed by albert Einstein in 1915. They are described by the equations of wave type, their solutions correspond to the perturbation of space-time that moves at the speed of light. Unlike electromagnetic waves — light — intensity gravitational waves by many orders of magnitude less, and therefore failed to detect them only after 100 years since the predictions.