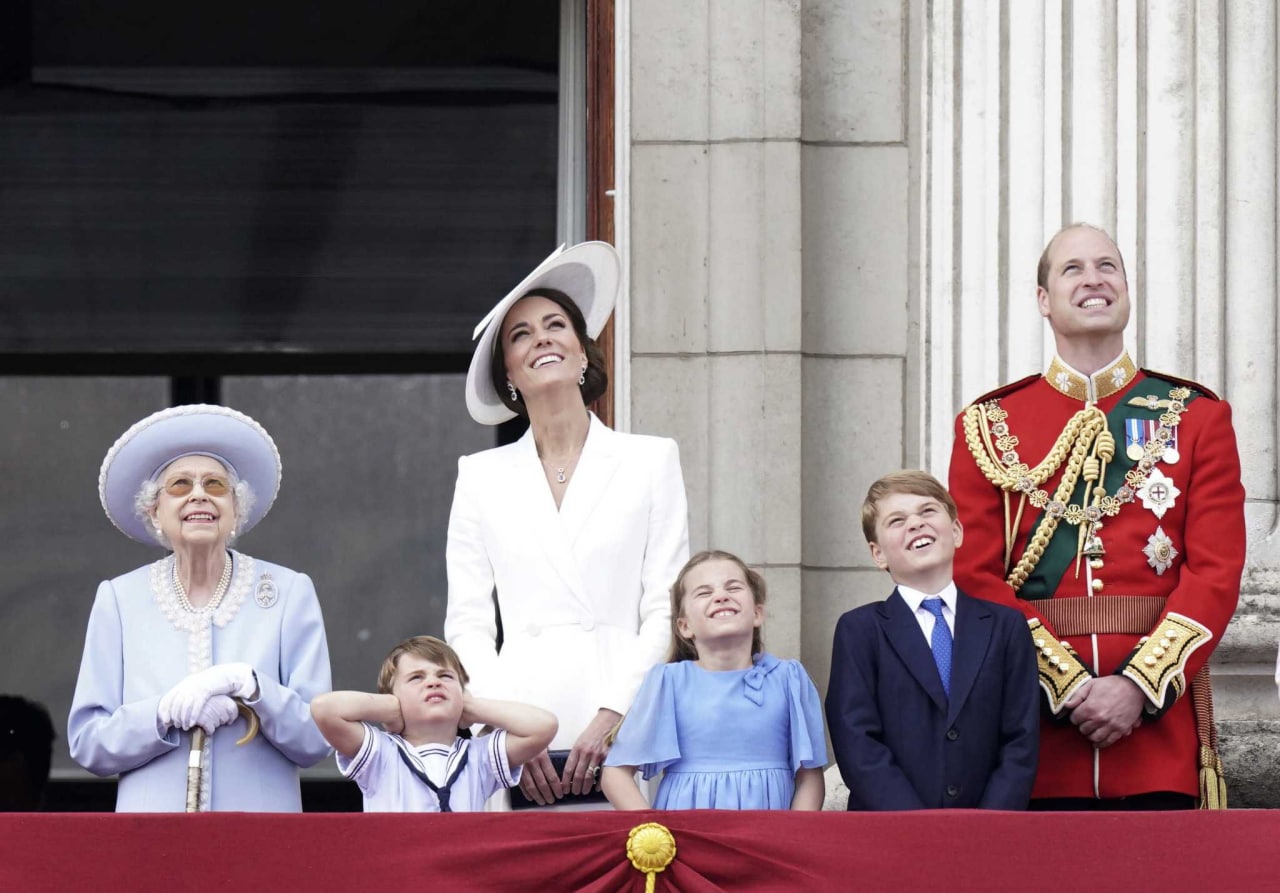 On the evening of the first day of the celebration of her 70th anniversary of her reign, Buckingham Palace announced on Thursday, June 2, that Queen Elizabeth II will miss her jubilee mass on Friday. «The Queen really enjoyed the birthday parade and the air parade today, but she felt some discomfort», – the palace said.

It was the culmination of a four-day celebration of the platinum anniversary of the ultra-popular 96-year-old empress. Today, Elizabeth II was greeted by tens of thousands of people on the balcony of Buckingham Palace.

Rarely appearing in public due to deteriorating health, the empress nevertheless remains a symbol of stability, despite the upheavals that the country has gone through. Thus, the Queen is appreciated for her tireless devotion, impeccable neutrality and humor.

Having ascended the throne at the age of 25 on February 6, 1952, when her father George VI died, Elizabeth II went out on the world’s most famous balcony, dressed in a bluish-blue ensemble, motionless leaning on a cane. She was accompanied by the Duke of Kent, a cousin, colonel of the Scots Guards — one of the elite regiments of the British Royal Guard — who greeted the participants of the annual military parade «Salute to the Banners».

She returned to the balcony a little later, for a Royal Air Force flyby, this time accompanied by members of the royal family who have official duties and their children. Therefore, Prince Harry and his wife Meghan were absent, who quietly attended the parade in another building, for their first joint return to the United Kingdom after their sensational departure from California in 2020. Also missing is Prince Andrew, who paid millions of dollars to hush up a sexual assault case.

On this holiday, a dense crowd gathered along the Alley, the avenue leading to the palace, decorated with flags and portraits of the queen. On horseback, the heirs of Elizabeth II, Princes Charles and William paraded in the famous red outfit with a long bear hat at the traditional annual parade, gathering more than 1,200 soldiers and hundreds of musicians. Their wives, Camilla and Kate, arrived in a carriage with the latter’s three children, George, Charlotte and Louis.

Never has a British sovereign ruled as long as Elizabeth II. Hardly anyone else will achieve such longevity: Crown Prince Charles is 73 years old, his son William will soon turn 40.

For the British, this anniversary brings a respite and a moment of communication after several years of grief over Brexit and strict restrictions due to Covid-19, which have now been followed by a sharp rise in prices.

Pennants, flags and giant portraits have been posted on streets across the UK. After the parade on Thursday, the Queen is due to light a 21-meter sculpture in the shape of a tree in front of Buckingham Palace in the evening from a distance from Windsor Castle. Then a mass is planned for Friday, a giant concert for Saturday and, above all, tens of thousands of people’s gatherings, including giant picnics on Sunday.

«I hope that the coming days will be an opportunity to reflect on everything that has been achieved over the past 70 years, while looking to the future with confidence and enthusiasm», – the head of the sovereign’s ministry said in a written message.

Congratulations poured in from all over the world, and French President Emmanuel Macron hailed his «dedication» to the Franco-British «unwavering friendship». Even the Irish Republican Party Sinn Fein emphasized its role in the peace process in Northern Ireland, a step that has long been unimaginable against the background of the former political showcase of the IRA.

The appearances of Elizabeth II, which have become a rarity, are eagerly awaited. What happened on Thursday was not confirmed by the palace until Wednesday evening. Because her health worries: since the night in the hospital in October, she has canceled almost all of her official performances. Weakened after the death of her husband Philip last year, she can hardly walk. However, she does not show any willingness to back down and has recently appeared unexpectedly several times, smiling and relaxed.

In this atmosphere of the end of the reign, the monarchy is facing growing criticism, especially in the former colonies, regarding the slave past of the British Empire. In the United Kingdom, the Queen is still very much loved by her subjects with 75% positive reviews according to the YouGov Institute, but her heir Charles is valued much less (50%). Only 39% of Britons believe that the institute will exist in 100 years.

Have you ever wondered about the various uses of rock salt? Beyond just being used as an addition to our foods, it is widely used in ...

The webmaster is constantly looking for new opportunities to earn money. For this reason, it is not surprising that today the ...