Restructuring: Airbus boss “can not” rule out compulsory redundancies 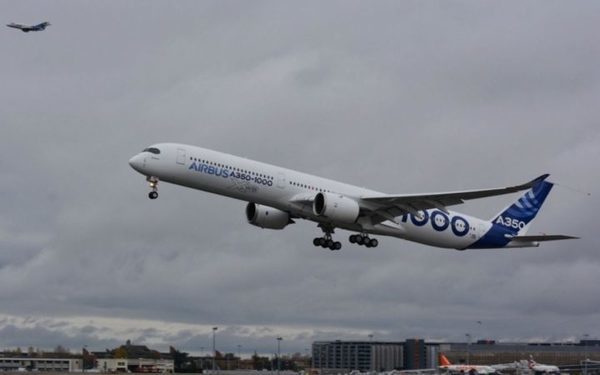 After the announcement by Airbus of a plan of 1,164 job cuts in Europe, Tom Enders, the company’s boss refuses to guarantee no redundancies

A long as the Airbus management announced Tuesday a plan of 1164 in Europe job cuts and the closure of Suresnes (Hauts-de-Seine), Tom Enders, Airbus boss does not want “ensure” no compulsory redundancies.

However, Tom Enders wants still reassuring . “I believe we have a social history that speaks to us,” he says in Le Figaro , adding: “We will implement all possible support measures, including training, mobility and internal redeployment. ”

For unions, the plan called Gemini that will be negotiated until July plans to merge Airbus (commercial division, 75% of the activity of the group) and Airbus Group (Defense, Space, helicopters) is essentially based on a financial logic then that the company has a record backlog of nearly 1000 billion , or 8 to 10 years of production.

The goal is to make 310 million euros in savings

In France, according to the CGC, 640 positions are primarily concerned in Suresnes (Hauts-de-Seine) and in Toulouse (Haute-Garonne) and Marignane (Bouches-du-Rhône). 325 positions will be further transferred. Conversely, management has also announced the creation of 230 jobs in research, mainly in digitization. The goal is to make 310 million euros in savings.

For Airbus management, the question is another. “Given the operational challenges that we face, have 5 billion euros of cash, it is not enough for a group that generates 65 billion turnover and depends as much on commercial aviation” Tom Enders meets in daily life.

Meanwhile, the government remains rather cautious. Christophe Sirugue, the Secretary of State for Industry, said that his “role” was “to support both employees” and “territories” in these “developments” economic. He said Airbus restructuring was “expected”. Christophe Sirugue states refuse to be “spectators” but does not want to be as a “direct stakeholder.”