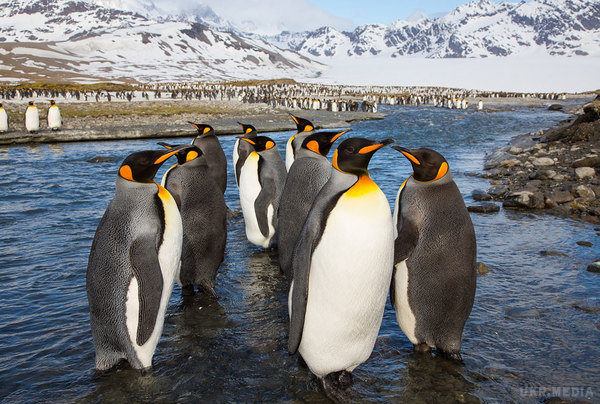 Scientists have found the remains of an ancient penguin the size of a man
Scientists believe that these penguins lived on Earth about 50 million years ago.

The remains of an ancient penguin as tall as a man, scientists have found in a rock on one of the beaches of New Zealand. About it reports The Guardian. According to the publication, prehistoric birds lived between 55 and 60 million years ago. Measurement of fragments of the skeleton show that flightless bird weighed about 100 kg and had a body length of 1.77 meters, which is equivalent to the average height of a man.

Note that Emperor penguins, the highest species of penguin living today, reaching only 1.2 metres. The researchers have named a new species Kumimanu biceae that from the Maori language means a great mythological monster. Scientists suggest that this species has lost about 20 million years ago, when they began to receive marine mammals, which the birds find it difficult to fight for food.