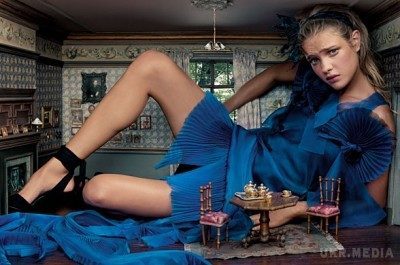 Scientists have talked about the 5 rare diseases that people don’t know
Worldwide there are about 7 thousand rare diseases, and every day scientists are discovering new diseases. There are States that are not often found, such as myeloid leukemia and esophageal cancer. However, the doctors decided to tell you about 5 diseases, about which nobody even knew existed.

1. “The syndrome of Alice in Wonderland” is a disorder of the brain, which perceives the distorted size of objects. It is often called the syndrome of Lilliputian hallucinations Todd. Misconceptions often happen in the dark. Experts are unable to establish so far, what caused this syndrome. Most often it affects children, but in adolescence, the syndrome may disappear.

2. Allergic to water or marine urticaria – itching in contact with the skin. People who suffer from this disease, can not take a bath or swim in the pool, sometimes even consuming drinking water can provoke an allergic reaction. Often marine urticaria affects women, it occurs in puberty.

3. “Walking corpse syndrome or Cotard’s syndrome” – a psychological disorder when a person thinks that he died. People who suffer from illness, refuse to take food or water, neglected personal hygiene, because they are sure they are dead. Most often, this syndrome is paired with other mental disorders.

4. “Stone man syndrome” or fbodies is a genetic disease in which the muscles or ligaments after injury to become hard as stone. Gradually, may form a second skeleton that will trigger human mobility. The disease occurs due to a mutation of the gene ACVR1. Today fbodies incurable.

5. “Alien hand syndrome” – a disease characterized by the involuntary activity of hands. For example, one hand buttons a shirt while the other unbuttons it. What happens is that the hand can be aggressive to beat a man or try to strangle him. This syndrome can be provoked by the defeat of certain areas of the brain. Effective treatment of this disease does not exist.