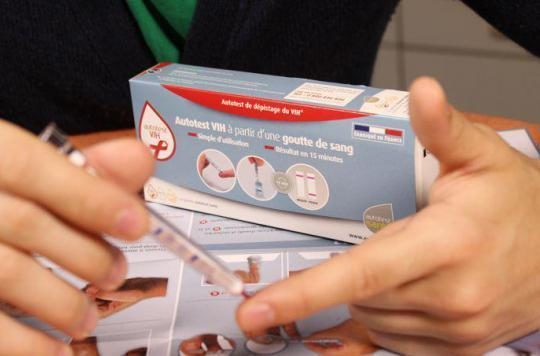 To screen yourself, at home. Avoiding the laboratories, white coats, appointments binding… self-tests are unquestionably practical. But are they effective ? The association 60 million consumers has examined the question in its issue of July-August.

“The launch of pharmacy of the self-tests for HIV, in 2015, seems to have opened a Pandora’s box, she wrote. Since then, twenty self-tests (urinary tract infections, Helicobacter pylori, iron deficiency, gluten intolerance, tetanus, allergies, cholesterol, Lyme disease cancers of the prostate or the thyroid, menopause, male fertility,…), appeared on the shelves of pharmacies. This new offering appeals to “.

These self-tests are easy to use. They work with a lancing device, or urine collection. However, they are not considered as medicines but as medical devices, ” and therefore not subject to authorization on the market (AMM) “, says the consumers ‘ association. Their price is quite high (between 10 and 30 euros) and is not (yet ?) the subject of reimbursement by the social Security.

The number of self-tests could increase in the future, says the magazine. In fact, the method corresponds to the movement of “empowerment” of patients. Self-tests for HIV have allowed many people at risk, put off by medical exams, and the fear of stigma related to their sexual orientation, for example, to detect.

“More than 100 000 of these self-tests were sold in a year. Two studies underway with pharmacists on purchases online and with 3,000 people who responded to an online questionnaire that should soon provide more information, ” says 60 million consumers.

The self-test HIV seems to be rather effective, according to the very many studies carried out on the device, still in evaluation. Another tool is through with the magazine : self-tests type 1 diabetes, ” only self-therapeutic of the market (and not just self-diagnosis) “. Prescribed and, therefore, reimbursable, they represent a “progress colossal” for patients who can control their blood sugar and become ” drivers of their treatment.”

But for the other tests, the situation is even more complex. Some scholars see in them ” a risky business “, as stated by Claude Cohen, president of the national Union of biologists and physicians (SNMB), who believes that ” the guarantees of quality and safety appear to be insufficient (…). In addition, the buyer is not sufficiently cautioned against the false positives and false negatives, which are however mentioned in the manual, ” one can read.

Thus, in the field of allergy and Lyme disease, these tests do not seem very serious, according to the specialists interviewed by the journal. They do not allow an accurate diagnosis, obtained after an examination specific, complementary tests, in particular in these two pathologies. The experts insist : a self-check can never replace a medical consultation.